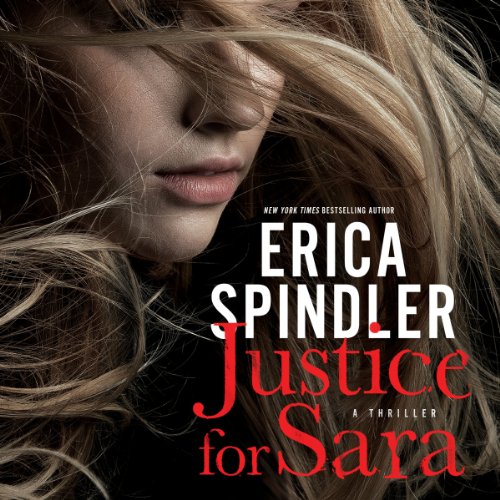 Written by: Erica Spindler
Narrated by: Tavia Gilbert
Try for $0.00

When 17-year-old Katherine McCall awakened one morning to find her beloved sister, Sara, brutally murdered, her whole life changed in the blink of an eye. Kat was named the prime suspect and, on a string of circumstantial evidence, charged and tried. While the jury found her innocent, not everyone else agreed, and her only choice was to go into hiding. But she carried a dark secret with her, one that made her worry she might actually have had something to do with Sara’s death....

Now, years later, Kat is still haunted by her sister’s unsolved murder and continues to receive chilling anonymous letters, but she has tried to move on with her life. Until, on the 10th anniversary of Sara’s death, she receives a letter that makes the past impossible to ignore: "What about justice for Sara?" What about justice for Sara? And for herself? Kat realizes that going back to Liberty, Louisiana, might be the only way to move forward and find some peace. And there’s a killer out there who was never caught.

But the town she’s come back to is hardly different from the one she left. The secrets and suspicions still run deep. Kat has an ally in Detective Luke Tanner, son of the former Liberty police chief, but he may be her only one. With plenty of enemies, no one to trust and a killer determined to keep a dark secret buried, Kat must decide if justice is worth fighting - and dying - for.

Best-selling author Erica Spindler returns with a chilling new suspense novel about a woman who goes home 10 years after her sister's murder to find the true killer.

What listeners say about Justice for Sara

Probably if they like romances. If they prefer straight good story and mystery, without the sappy trembling female, no.

The story was compelling in that there were so many suspects, I wanted to find out which one did it. I really like Erica Spindler's mysteries and was excited that she had a new one out. Therefore, the disappointment was that she seemed to be back to her romance days, with the female victim/strong woman/always walking into the dark alley/talented/misunderstood/etc. There was a full cast of characters, all seeming to have as many motives as the crews in a Christie novel. That part was fun and I changed my mind frequently about who I expected to be the real perps.

I liked her portrayals of all the characters except the heroine. She "trembled" every time she talked or "fell into the arms" of her beau, who is, of course, the policeman. The trembles and creaky voices made Kat seem whiny and the opposite of a strong heroine. Her portrayal of the other characters gave them more substance.

Probably would not go see the movie, since I now know the story.

a who done it suspense ! narrated perfectly. composed with absolute brilliance from the author and narrator both - found my self in Liberty with the characters !

Great story. Fun to listen to, couldn’t wait to find out whodunnit! Highly recommend it.

it was a little predictable but the back and forth in time was a great way to tell the story!
love tavia Gilbert as always

Erica Spindler is one of my favorite authors and this books just solidified my opinion of her writings!

Where does Justice for Sara rank among all the audiobooks you’ve listened to so far?

The book was okay and the narration was good although she had problems with some words like Ponchartrain.

I have read everything Erica Spindler has written. While I enjoyed the book I was able to determine the "who done it" early on so there wasn't much of a mystery.

Would you consider the audio edition of Justice for Sara to be better than the print version?

Better as I can enjoy it in the car.

What was one of the most memorable moments of Justice for Sara?

Love the twists. I think I have it figured out and then I get a twist.

What does Tavia Gilbert bring to the story that you wouldn’t experience if you just read the book?