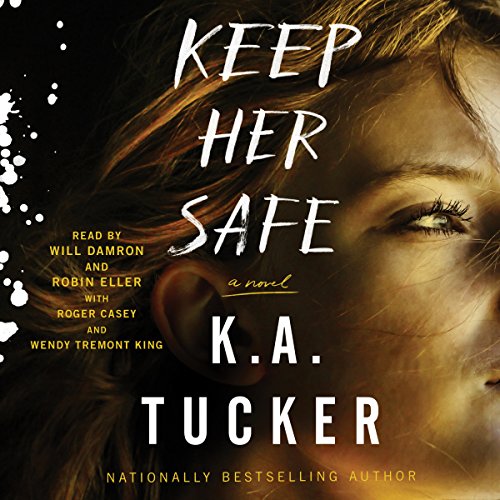 Noah Marshall has known a privileged and comfortable life thanks to his mother, the highly decorated chief of the Austin Police Department. But all that changes the night she reveals a skeleton that's been rattling in her closet for years and succumbs to the guilt of destroying an innocent family's life. Reeling with grief, Noah is forced to carry the burden of this shocking secret.

Gracie Richards wasn't born in a trailer park, but after 14 years of learning how to survive in The Hollow, it's all she knows anymore. At least here people don't care that her dad was a corrupt Austin cop, murdered in a drug deal gone wrong. Here, she and her mother are just another family struggling to survive...until a man who clearly doesn't belong shows up on her doorstep.

Despite their differences, Noah and Gracie are searching for answers to the same questions, and, together, they set out to uncover the truth about the Austin Police Department's dark and messy past. But the scandal that emerges is bigger than they bargained for, and goes far higher up than they ever imagined.

Complex, gritty, sexy, and thrilling, Keep Her Safe solidifies K.A. Tucker's reputation as one of today's most talented new voices in romantic suspense.

What listeners say about Keep Her Safe

The end will Blow You Away!!!!

This book is absolutely fantastic. It's a police story that includes friendship, betrayal and redemption.
Noah Marshall grew up believing the man he idolized in his youth was killed 14 years ago because he was a corrupt cop.
When his mother commits suicide she leaves him a letter saying that her partner (Abe) was innocent and a gym bag containing $98K. She left instructions to bring the money to Abe's widow and daughter, she says they need it. But where did this money come from? Was his mother involved in what happened to Abe? Noah finds them living in a trailer park. Abe's widow is addicted to heroine and his daughter Grace works at a fast food joint. This is so far from the life they had been living. Now their lives are in danger. Some people are afraid of the story these three could put together if all the pieces start getting put together.
What spirals from that is such a complex tale with multiple characters involved in murders, a cover up, threats and corruption at the highest levels.
The multiple narrators do a wonderful job.
I HIGHLY RECOMMEND this book.
If you found this review helpful please indicate so.
Thank You.

I love a good romantic suspense but I think this book is more suspense than romance. This was a police procedural suspense that flashing between the past and the present. We get the POV of 4 characters, the Police Chief, her son, a dead police officer who died labelled crooked cop and his daughter. In the present we have Noah & Gracie who are trying to figure out what happened 14 years when their parents were friends and co-workers. In the past we get pieces of the story from both parents. While Noah and Gracie are trying to find out the truth they help each other and end up falling for each other. I enjoyed how this book had so much going on at all times.

I really enjoyed all the narrators, they really made the multiple POV's easy to follow.

Much better than I expected

I can honestly say, I didn't have high hopes for this book. I bought this as it was a recommendation and pretty happy I did. This book was intriguing from the start. While it didn't have you guessing exactly, it did make you question if you really "solved" it. The end is really what surprised me. I couldn't understand why it was still going, then it hit me. It all came to light. There was so much more that was revealed at the end..

Keep Her Safe by K.A. Tucker was one of Audible's "Top 9 Mysteries & Thrillers This Week" sometime back in January and the publisher's summary really intrigued me. "Making a Murderer meets Scandal?" Oh, yes, please! Sign me up. If you're a fan of Scandal, you'll love this piece of romantic suspense as Tucker seamlessly blends "police, corruption, family secrets, and illicit affairs" into one heck of a story.

Noah Marshall's mother Jackie is Austin's highly decorated chief of police and after an evening of heavy drinking and seemingly incoherent rambling, she has just committed suicide. Noah, who led "a privileged and comfortable life" until the night of his mother's death, feels obligated to fulfill her final request and seek answers to questions he didn't know he had. Fourteen years ago, Jackie's former partner Abe died in what appeared to be a drug deal gone wrong, but what really happened, why did it drive Jackie to end her own life, and why does she want Noah to personally deliver a bag of cash to Abe's daughter Gracie?

When Noah arrives at Gracie's door in Tucson, her mom Dina is far from the woman he remembered from his childhood. As Dina struggles with addiction, Gracie works two jobs and does her best to blend in and survive in The Hollow, a trailer park where most don't seem to know or care that Abe was a corrupt cop who died in a shroud of scandal. Gracie doesn't seem to trust anyone but when Noah shows up on her doorstep, she has few options and they begin their search for answers together.

Unfortunately, I'm afraid I can't give you too many more plot details without spoiling the twists and turns Keep Her Safe will take you on. I will tell you that it was a flawlessly written, captivating tale of secrets, corruption, loyalty, and love, the budding love between Gracie and Noah and the love they each have for their parents.

Keep Her Safe is narrated by a cast of extremely talented narrators: Robin Eller, Roger Casey, Wendy Tremont King, and Will Damon. Each had a distinctive, easy to listen to voice as they brought Noah, Jackie, Abe, and Gracie to life. I felt myself identifying with the characters and empathizing as they struggled with their demons--the emotions Tucker and her narrators were able to conjure were impressive and the complex story was filled with intellectual suspense.

While some portions of the story seem a bit predictable or cliche, I stayed interested, wondering how it would all turn out. Each time I started to think I had it figured out, another layer was revealed--I felt like I was peeling an onion--and the end was still full of surprises. I never felt like I was certain who I could trust and who I couldn't. While some of my suspicions were accurate, there were twists I never saw coming.

If you're more interested in the traditional crime fiction/suspense novels I have good news for you: you may be able to tolerate the romantic aspects of Keep Her Safe. Though the budding romance between Gracie and Noah was a significant feature of this book, wasn't over the top, overly graphic, or steamy in a way that makes you a little nauseous and/or uncomfortable if read in public. Keep Her Safe felt predominately like a suspense story and the romance was just like the icing on top of the cake, complimenting the mystery quite well. I requested a review copy of this audiobook - it has not affected my review in any way.

I could not finish it...

I really did try to like this book, with mixed reviews I do try to give it a chance.. but two hours in and I was falling asleep. I couldn’t do it!
Two hours and little happened and I began to get bored with it. I’m all for letting a story play out and not rushing, but faster than a snail please! And don’t even get me started on the “southern accent”!
Being a southern girl myself, it was down right cringy to listen to the narrator sadly attempt a southern accent. I returned it, just not my cup of tea honestly.

loved the different voices for each character, and loved the story line! kept me on the edge of my seat! I couldn't wait to hear what would happen next! excellent, through and through

First, the voice actors were one trick ponies. They basically sounded the same for every character.
Actor for Abe : did not change voice for any other part (male or female). I couldn't tell who was speaking in the dialogue parts.
Noah: his woman voice is the same for everyone, which is an old woman in a rocker voice. Doesn't matter if it's a 20 year old Gracie, or his not-so-old mother. They both sound 80 and decrepit.
Gracie: same voice and voice patterns for each character.

It was just poor.

The story was mediocre, unnecessarily drawn out, and hard to listen to.
Writing was also mediciore... the things these people would say in their dialogues were so bland and "filler" words.

I wouldn't waste your time on this one.

Why could the woman narrating Gracie not say the word "room"? Drove me crazy! She over-pronunciated everything, making the character sound ridiculous. The author also seemed rather sexist, continually referring to female characters as prattling, rambling, unhinged... while male characters debated or were angry. Also the romance was cringeworthy, seemed like something from a teen book.

This has to be K A Tuckers best book yet highly recommend can't wait for the next one!

Another brilliantly written suspense. K. A. Tucker never fails to deliver. I have to say that when I started this book I thought it was my least favourite of all of hers that I've read to date but after I got more into the story it once again delivered. Such high quality of writing and it keeps you guessing the whole way through. Loved it.