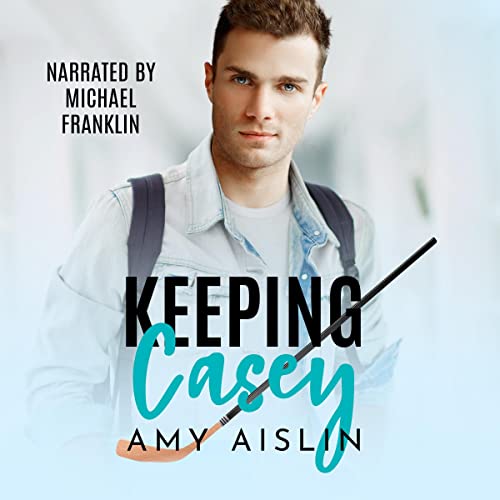 Written by: Amy Aislin
Narrated by: Michael Franklin
Try for $0.00

Casey Preston is the guy with the plan. The list-maker. The one who micromanages his own life.

Spontaneously offering to be his best friend’s fake boyfriend to get Ethan’s annoying team captain off his back?

That’s not thinking things through. It’s not even smart, given Casey’s been fighting his feelings for Ethan for years.

Ethan Rain just wants to play hockey and get his college degree. Adding a fake boyfriend to the mix? He doesn’t need that complication.

If Casey were his real boyfriend, though? If he got to keep Casey forever? Now we’re talking.

But what if Casey doesn’t want to be kept?

What listeners say about Keeping Casey

Adored the story and men

Michael did a fantastic job with bringing Casey and Ethan’s story to life. Kudos.

Keeping Casey is a sweet no angst read about Casey and Ethan that are long time best friends and have both been though a large loss life event.

They are really attached at the hip but both hiding their true feelings for each other.

They share affection easily while truly seeing everting about each other.

This story was sweet with awesome team mates and even greater guest appearances. I found myself smiling through most of the book. I look forward to seeing more about them and Ethans teammates.