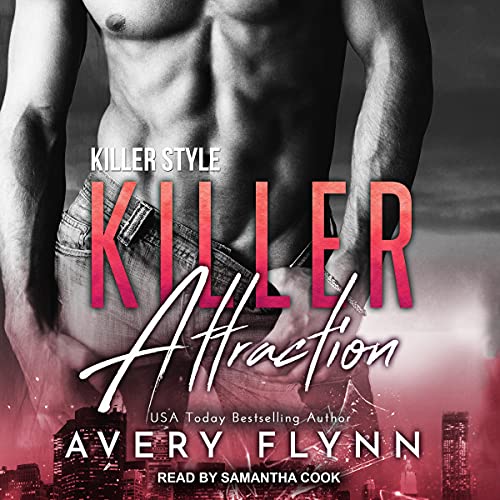 Written by: Avery Flynn
Narrated by: Samantha Cook
Try for $0.00

A fighter since birth, Allegra "Ryder" Falcon would rather trade in her all-black wardrobe for head-to-toe hot pink than let anyone ever see the cracks in her tough exterior. But one night with a stranger changes everything.

Devin Harris may have given up his MMA fighting dreams for high fashion, but that doesn't mean he isn't always in control. So when someone embezzles millions under his watch, he isn't going to let the private investigator working the case go it alone - even if she is the woman who blew him away in bed and then blew him off.

Just when it seems like it couldn't get any hotter between Ryder and Devin, the case takes them to a tropical paradise where the danger increases. From the catwalk to the pineapple fields, they have to work together to track down the missing millions before the thief finds - and kills - them.

What listeners say about Killer Attraction