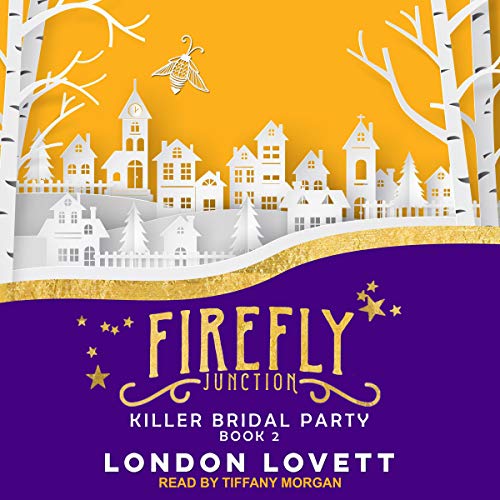 Written by: London Lovett
Narrated by: Tiffany Morgan
Try for $0.00

When a bridal shower in the woods turns deadly, Sunni sets her sights on solving the tragic case.

Journalist and occasional sleuth Sunni Taylor is working hard on restoring the Cider Ridge Inn to its former glory so she can open a bed-and-breakfast, but Edward Beckett, the resident ghost, is not exactly helpful. Still, Sunni has grown used to having the arrogant gentleman spirit hanging around.

Despite her busy life, Sunni offers to help her sister, Lana, set up a bridal shower camping party in the mountains behind the inn. The festivities end in disaster when the maid of honor ends up dead. Now, Sunni finds herself back in the center of a murder investigation and face-to-face with the absurdly charismatic Detective Brady Jackson. Sunni is determined to beat the detective to the clues and solve the murder mystery herself.

Narrator doesn't seem like she's ever told a story

I read the first book, and loved it. I thought I'd enjoy listening to the second book, as the characters seemed captivating, and would lend themselves well for audio. But, this narrator doesn't seem like she's ever read any kind of story in her life! She reads with a feeling of contempt and sarcasm for the material, which is a shame because it seems to be a nice series. I'm going back to the print edition for the rest of this one.

I've read the series and enjoyed it very much. I'm not a fan of this narrators delivery style during the narration parts. She does a fine job when doing the speaking parts of characters . It often doesn't match the emotion of the moment or thoughts....it's a pleasant voice though.