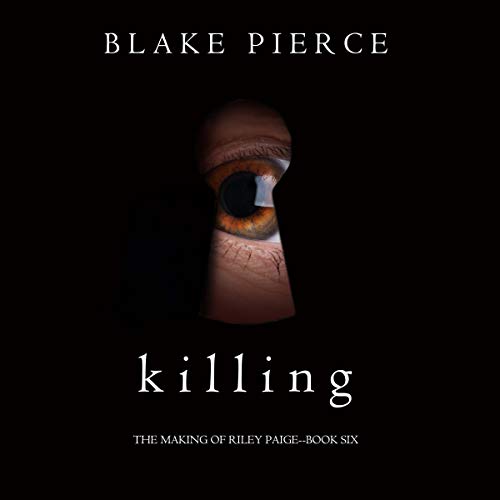 Written by: Blake Pierce
Narrated by: Sarah Kempton
Try for $0.00

Killing is book six in The Making of Riley Paige, a new psychological thriller series by number one best-selling author Blake Pierce.

When victims are found killed by electrocution, it is up to the FBI’s brilliant new agent Riley Paige, 22, to enter a serial killer’s warped mind and stop him before he can claim any more victims.

Riley, fresh out of the academy and off her last case, is settling into FBI life, when a shocking twist threatens her partnership with her mentor Jake and undermines everything she thought she knew.

Can Riley keep her personal life under control while trying to catch a diabolical killer at the same time?

An action-packed thriller with heart-pounding suspense, Killing is book six in a riveting new series that will leave you listening late into the night. It takes listeners back 20 plus years to how Riley’s career began and is the perfect complement to the Once Gone series (A Riley Paige Mystery), which comprises 17 books.

What listeners say about Killing

This one was just fine

Riley has been growing on me and in this one she becomes emancipated. From now on I hope she will have even more confidence in her talents☺!