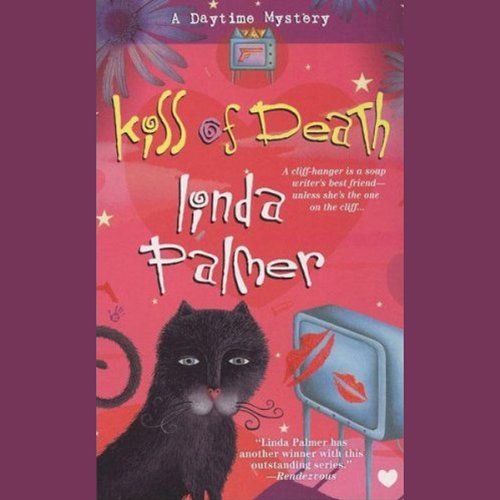 Soap writer and producer Morgan Tyler knows she's in trouble when her life threatens to become even more dramatic than her story lines.

Morgan has hired a private investigator to help unravel the mystery of her childhood, which is rooted in a terrible secret she's kept for years. But a more immediate crisis arises when Morgan's best friend, Nancy, is arrested for the murder of her boyfriend's evil ex. It isn't long before Morgan's efforts to exonerate Nancy get her into hot water and more with homicide detective Matt Phoenix.

Meanwhile, the drama du jour on Love of My Life centers on a character whose bizarre disappearance years ago has become a chat-room joke. But in bringing back the arrogant actor who originated the role, Morgan may be opening a killer can of worms.

"Linda Palmer has another winner with this outstanding series." (Rendezvous)

What listeners say about Kiss of Death

I did not anticipate liking this series but by the third installment was disappointed there were not any more. Although I had to suspend my disbelief a bit that a soap opera set could endure so much complex trauma in such a short period of time. I enjoyed this book and the others in the series very much. The subplot romance story line is also engaging without being annoying.