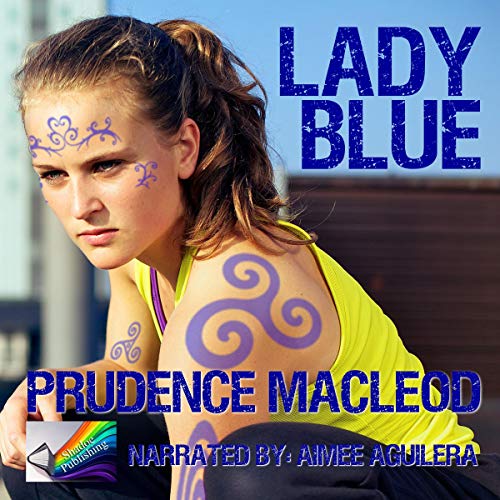 Written by: Prudence MacLeod
Narrated by: Aimee Aguilera
Try for $0.00

Both men tried to shoot her then, and the two women were stunned at the speed with which she moved. Penny charged straight at the gunmen then dove under their fire. Spinning on her back she kicked the legs from under one man, and as he fell, she kicked the gun from the other man’s hand. Spinning back to the first man she saw the gun barrel moving toward her, and she lashed out with her foot. Her boot crushed his skull and she rolled to her feet to grab the last man in a neck lock. A quick twist and he lay lifeless in her arms.

She let him fall, as, breathing deeply, she came down off combat mode. “Are you ladies all right?” she asked as she untied the ropes that held the older woman.

“Who are you?” asked the old woman fearfully, as she pulled the tape from her mouth.

“They call me Lady Blue,” smiled Penny as she helped the woman to stand.

“What are you?” It was the younger woman who spoke.

“Cold, hungry, dead tired, and covered in blue war paint,” giggled Penny as she released the older woman’s arm. She turned and began to search the bodies.

What listeners say about Lady Blue

I have read this series and really love it. I hope more of them are made into audiobooks. I just didnt care for the narrator most of the characters sounded alike. It was hard to tell them apart.