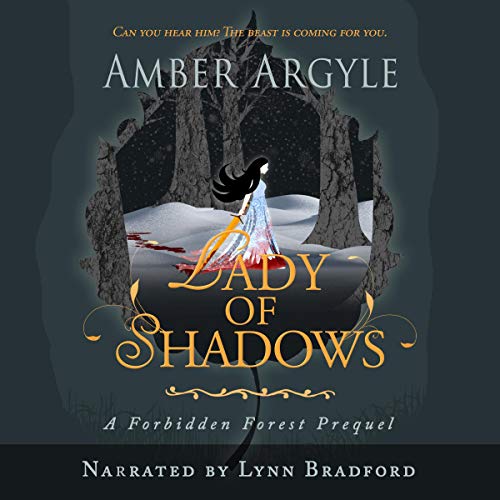 Can you hear him? The beast is coming for you...

Lady Caelia has shut herself in her manor house for months, hiding from her town’s stinging gossip, and her father’s bitter disappointment. She's convinced her life couldn't possibly be any worse.

And then her only remaining friend is taken by the beast.

On the night of the girl's funeral, Caelia stumbles upon something wicked. Something that leaves her only one possible escape.

The Forbidden Forest and the beast within.

But Caelia's not the only one on the run from the shadows of the past. Gendrin failed to protect someone once. He won't fail again. If the two can learn to trust each other, they stand a chance of defeating the beast that hunts them.

Fans of A Curse So Dark and Lonely and A Court of Thorns and Roses will be spellbound by the magic, romance, and adventure in this fairytale retelling of Beauty and the Beast and The Pied Piper. Buy Lady of Shadows and discover why listeners around the world are getting lost in the Forbidden Forest!

Other titles by Amber Argyle

What listeners say about Lady of Shadows: A Forbidden Forest Prequel