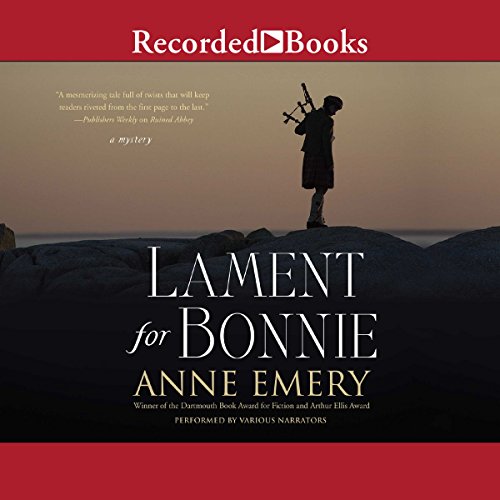 Twelve-year-old Bonnie MacDonald - the beloved step dancing, fiddling youngest member of Cape Breton's famed Clan Donnie band - vanishes after a family party. There was no stranger spotted lurking around, but no one thinks for one minute that Bonnie ran away. Maura MacNeil, cousin to Clan Donnie, offers her husband's legal services to the family as the police search for the missing girl. But fame attracts some strange characters, and Clan Donnie has groupies. So, it turns out, does lawyer and bluesman Monty Collins.

Monty and Maura's daughter, Normie, is much closer to the action as she gets to know her cousins, learns things she wishes she never had, and has nightmares - visions? - that bring her no closer to finding Bonnie. Her spooky great-grandmother makes no secret of the fact that she senses the presence of evil in their village - the kind of evil RCMP sergeant Pierre Maguire left Montreal to escape. But he finds that vein of darkness running beneath the beauty and vibrant culture of Cape Breton.

What listeners say about Lament for Bonnie

Lament for Bonnie is one of the finest productions of an audible book that I’ve encountered. A compelling mystery which keeps you guessing until the end and a remarkable glimpse of the Cape Breton culture. The variety of voices (especially Normie’s) hold the listener’s attention and the few melodies included in the narrative were well chosen and well performed.

I wish all books were this engaging. I loved the Celtic references. Excellent story. Wonderful performances.