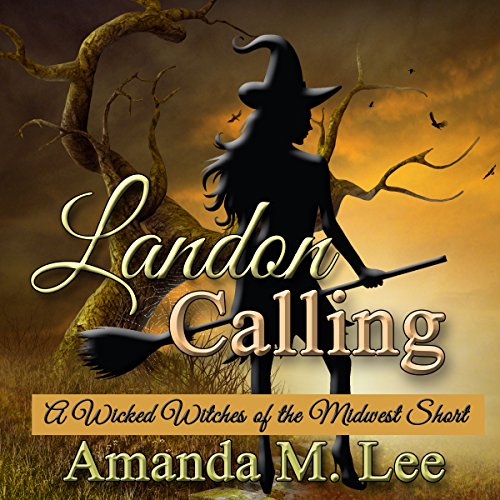 In addition to a special law enforcement gathering where he has an authoritarian presence, he's in the midst of moving in with his girlfriend, Bay Winchester. It just so happens that the gathering - a conference where local police officers and agents can learn about new technology - is being hosted in his soon-to-be hometown of Hemlock Cove. In fact, multiple law enforcement representatives will be staying at the inn Bay's mother and aunts run.

It's a weekend that promises a little bit of everything, including work and fun.

Landon is looking forward to the event but nerves are eating at him, and things only get worse when Aunt Tillie realizes that 'The Man' (in the form of multiple bossy figures) is going to be watching her every move for the duration of the weekend...and she's not happy.

Landon is happy to spend time with Bay - even introducing her to a bevy of colleagues - but things shift a bit when a local woman goes missing and Bay becomes obsessed with finding her. Since she's a witch and magic - and occasionally mayhem - follows Bay wherever she goes, Landon has his hands full putting on a good show for his co-workers and helping Bay stay out of trouble.

Landon is determined to prove that he can have it all, a magical girlfriend and her wacky family included. To get what he wants, though, he has to make it through a tough weekend...oh, and solve a crime on the side.

Note: This is a 28,000-word short set in the Wicked Witches of the Midwest world. It falls after Make a Witch in the timeline.

What listeners say about Landon Calling

the narrator is horrible and I couldn't finish the book. Ill just read the book instead.

Narrator really needs to work on this job, because all the characters sound the same. If I could give no star for this performance, this book definitely need a different narrator. All his female characters sound like Wallace Shawn. I'll keep listening to the series but I'm done with this narrator.

the narrator leaves a bit to be desired. he's good, if he was only doing one male voice. like, what seems to be his normal speaking voice. other than that, the female and other male voices were... unfortunate..

the narrator doesn't try to do different voices.

The ones he does do sound terrible...chief terry sounds like a complete idiot and aunt tilly sounds like she has been smoking 4 packs a day for life. others all sound the same.

narrator sounded like the motel 6 commercial. why the narrator for this series cannot be consistent is beyond me.

I love the book and characters and this series is one of my favorites. However, this reader bored me to sleep.