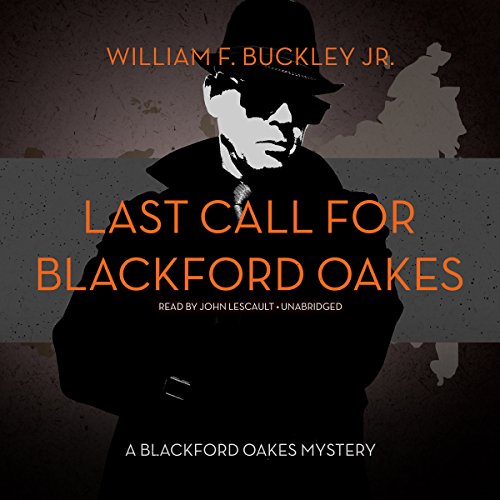 Over 20 years ago, William F. Buckley, Jr. launched the dashing character of Blackford Oakes like a missile over the literary landscape. This newly minted CIA agent - brainy, bold, and complex - began his career by saving the queen of England and quickly took his place in the pantheon of master spies drawn up by Somerset Maugham, Graham Greene, and John le Carré.

Against the backdrop of Cold War intrigue, in this, his 11th outing, Oakes crosses swords with Kim Philby, perhaps the highest ranking in the parade of defectors to the Soviet Union. Oakes is now himself a master spy, this time working outside the ambit of the director and around agency rules. His romance with an able and worldly Soviet doctor is consolation for the death of his beloved Sally. But after his return to Washington, he receives dismaying news. It is inevitable that the great Soviet spy and the renowned American agent will meet again - this time with deadly consequences.

What listeners say about Last Call for Blackford Oakes