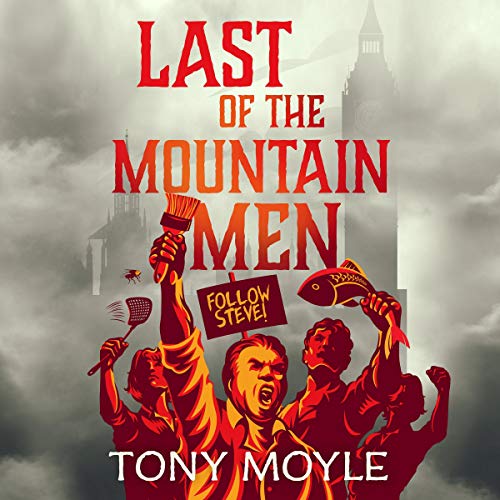 Last of the Mountain Men

Written by: Tony Moyle
Narrated by: Aubrey Parsons
Try for $0.00

There have always been Mountain Men. Their names are legendary. Their motives unknown. Until now.

Over four centuries, one by one, they changed the course of human history. Occasionally, some of them were even quite good at it. Like most things in life, successful revolutions take a bit of practise.

Only they knew their identity and purpose, but someone has discovered their secrets. Now the actions of the Mountain Men are being re-enacted in the 21st century and there’s twelve billion dollars up for grabs for anyone willing to help.

Dr Ally Oldfield isn’t bothered by the money. She’s much more interested in why she’s being framed for most of it, and why it involves her own murky past?

History is creating chaos, but the only history Ally can’t figure out, is her own.

The Last of the Mountain Men is the second novel featuring Dr Ally Oldfield after The End of the World is Nigh. This is a standalone novel but listeners who loved the last book will be rewarded with lots of references to the first book.

If you love "who dunnits" with lots of history and comedy, then what are you waiting for? Get stuck in.

What listeners say about Last of the Mountain Men

Can I just say how impressed this listener was with the way Tony Moyle interwove the history and the loveable characters into this storyline; all while mixing in seriousness and laugh out loud one liners. He keeps the reader so entertained that you become one with the story. (I loved this story so much that I actually bought the book, just to relive those one liner moments when you laugh so loud tears spring to your eyes.) I cannot wait until book 3 is done, I for one want to see where in history Tony Moyle places Dr. Ally Oldfield next!

I was drawn in from the beginning a combination of an intriguing blend of characters And a fascinating story made this a great escape novel!
The presenter was also really effective at voicing all the different characters ! Bravo!

clever and fun to listen

I enjoyed the mystery and intelligent humor throughout. Good pace as well. quirky characters too.

Laugh out funny. Funnier than the first one while being thought provoking. Looking forward to the next one.

I loved the first Ally Oldfield book, and I found this sequel every bit as good. Incredibly funny, and I did laugh til I cried at one point, it’s also a very entertaining history lesson. I am very happy to hear another book is on the way!