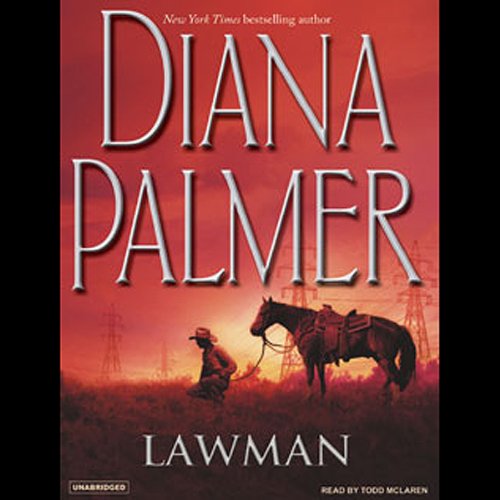 When San Antonio FBI agent Garon Grier buys a ranch in Jacobsville, Texas, the strong, silent loner is hoping to mend some broken family fences. He is not looking for love when he finds an unexpected, unwanted attraction to the girl next door, a shy, lovely woman who believes some secrets are best kept hidden. But the truth will prove just as dangerous when Garon tackles the most difficult case of his career: hunting an escaped convict, a child predator whose former victims are all dead. All except one.

Grace Carver grew up in this quiet Texas town. She works as a cook at the local café and nurtures a spectacular garden in the home she shares with her elderly grandmother. She remains unmarried and untouched because of a past darkened by tragedy. Now, at only 25, she has accepted loneliness as a way of life. That is, until she meets Garon.

Only when fear and uncertainty collide in reckless heartbreak does Garon fully realize what he's found with Grace - and what he may have lost. Because his hunt for a killer has led him to the last person on earth he would ever have expected to be the one who had escaped death at the hands of a madman. And now a desperate lawman and a proud woman must decide if secrets will come between them forever - or free them to love.

What listeners say about Lawman

I have read and listened to other Diana Palmer books in the past, and I enjoyed the first, but it seems like they just keep getting worse and worse. This book had me gagging at points because the hero was so awful.

He was a jerk (to put it mildly) and completely and utterly selfish. He didn't care what he put the heroine through as long as he was okay. The heroine (Grace) was in general a semi-likable character except for the fact that she let the hero walk all over her. Not only that, but even when she once or twice got angry over the way she was treated, she ends up forgiving him by saying "it wasn't his fault that she loved him but he didn't love her." Well, sure. Okay. But it was his damn fault that he was an a**hole about it. And I'm not the kind of person who normally curses, but if this guy really existed I wouldn't have hesitated to tell him what I really thought.

I had zero sympathy for him and maybe a teaspoonful for her.

And for me, characterization is the main reason I like any story/book. The fact that I could only tolerate her and could barely even get through the book because I hated the hero so much was horrible. The only reason I finished it was to see if there was any possible way he could redeem himself by the end, and I found that for me, he could not. Even when they finally get together for real, it's still all about him, him, him. If she gets hurt, how will it affect him. If something happens to her, well, *he* just couldn't go on. Never mind the fact that, you know, she's hurt or dying, it only matters how that affects his life.

As for the performance, the narrator was not my favorite. His female voices were pretty bad, though his narrating of the descriptive scenes and the males was not bad. It was just difficult to listen to him as any of the female characters.

I was so happy to see this new release. I am hooked on a thing Diana Palmer. This story was a continuation from a previous book. I loved the characters. The narrator is so good, he makes you forget he is the only one telling the story! Great work! Keep them coming!

This has been a great audio book!!! I really liked this book. Todd McLaren has a great voice. Very good. I enjoyed the reading. J....

Another great story by ms Palmer, narrator kept my interest throughout the book. Thanks to both
😇

I have never felt that I wasted one moment by reading her books. I whole heartedly recommend all of her books.
Thank you for the time well spent reading & listening to your books.

The book was very good, but when you have a man trying to speak the women's voice it was awful. It made her sound like a very old southern lady and made listening very hard.

Loved it! I have read the book and listened to the audio have loved both.

one of her best

a great amount of suspense, mysterious background that's eventually revealed, and characters that were very believable and honest. a great addition to her Texas stories. I'll probably read it again too. also, it wasn't too cheesy, which I sometimes like in her other stories, but this one kept flowing, & I had no complaints about the dialogue. time moved quickly too.

This author has the ability to transport me away into a book. I start out liking someone only to end up hating them later on.Very well written.