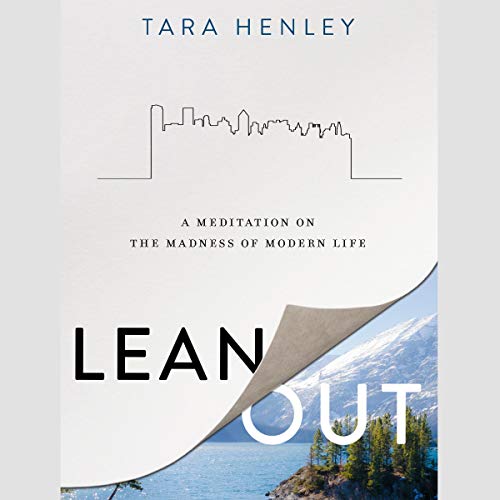 A Meditation on the Madness of Modern Life
Written by: Tara Henley
Narrated by: Tara Henley
Length: 8 hrs
Categories: Biographies & Memoirs, Memoirs
4 out of 5 stars 4.0 (1 rating)

"Beautifully written, brimming with insight and reassurance - I'm so grateful for this book." (Olivia Sudjic, author of Exposure)

A deeply personal and informed reflection on the modern world - and why so many feel disillusioned by it.

In 2016, journalist Tara Henley was at the top of her game working in Canadian media. She had traveled the world, from Soweto to Bangkok and Borneo to Brooklyn, interviewing authors and community leaders, politicians and Hollywood celebrities. But when she started getting chest pains at her desk in the newsroom, none of that seemed to matter.

The health crisis - not cardiac, it turned out, but anxiety - forced her to step off the media treadmill and examine her life and the stressful 21st century world around her. Henley was not alone; North America was facing an epidemic of lifestyle-related health problems. And yet, the culture was continually celebrating the elite few who thrived in the always-on work world, those who perpetually leaned in. Henley realized that if we wanted innovative solutions to the wave of burnout and stress-related illness, it was time to talk to those who had leaned out.

Part memoir, part travelogue, and part investigation, Lean Out tracks Henley's journey from the heart of the connected city to the fringe communities that surround it. From early retirement enthusiasts in urban British Columbia to moneyless men in rural Ireland, Henley uncovers a parallel track in which everyday citizens are quietly dropping out of the mainstream and reclaiming their lives from overwork. Underlying these disparate movements is a rejection of consumerism, a growing appetite for social contribution, and a quest for meaningful connection in this era of extreme isolation and loneliness.

As she connects the dots between anxiety and overwork, Henley confronts the biggest issues of our time.

"Lean Out rang so true for me, and gave me the permission I needed to say no to two assignments that normally I would just say yes to - because I'm terrified of missing a single opportunity, of appearing ungrateful, and falling behind. Adrenaline can play a role in keeping us alive, but it's no way to live. Beautifully written, brimming with insight and reassurance - I'm so grateful for this book." (Olivia Sudjic, author of Exposure)