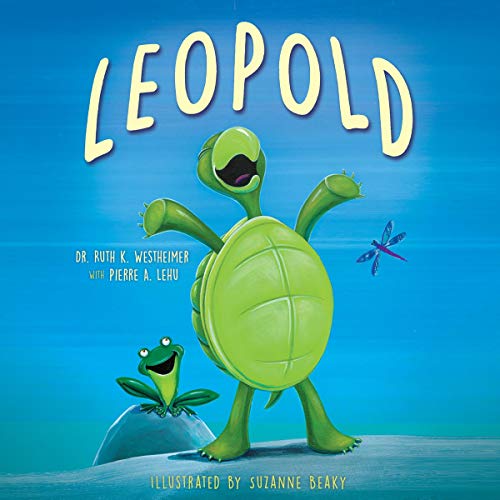 Dr. Ruth Westheimer's grandson, Ben, is afraid to join the soccer team. To help out, she tells him the story of Leopold the Turtle, who always stays on the shore. It terrifies him to go join the other turtles and play in the water and sun on the rocks.

Leopold just can't get out of his shell, and the longer he waits, the more he starts to doubt. Even though Leopold feels quite alone, he stays on the riverbank where it's safe. But Freddy the Frog is a little concerned about Leopold and asks him to join them in the river. Leopold has to choose whether to brave the unknown and join his friends or to stay lonely and remain safe on land.

This charming rhyming tale of a turtle too afraid to set foot in the river proves that facing your fears can set you free.

What listeners say about Leopold