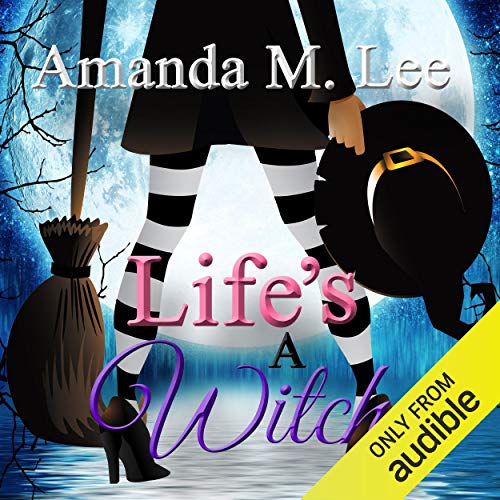 Life's a witch...and then you die.

The Winchester world is full of trouble when great-aunt Willa and cousin Rosemary come to town. It's clear they're up to something, but no one can figure out what.

Aunt Tillie is loading for bear. She's declared war on her sister, and she's not taking prisoners - or looking to skirt collateral damage.

When a young man's body shows up at Hollow Creek, Bay's attention is divided thanks to a morose ghost who blames her for ending "party time" and Aunt Tillie's refusal to back down.

FBI Agent Landon Michaels enjoys watching the show, although he's worried the dead man's ties to the local drug trade could put the Winchesters in danger due to Aunt Tillie's "glaucoma medicine" side business.

Local kids are trying to steal from the property, Aunt Willa is trying to undermine everyone, and Aunt Tillie has a secret that she's dying to spill - that is, when she's not protecting her land with a shotgun.

Bay is determined to find answers, even if she dies in the process.

What listeners say about Life's a Witch

Another good witch story... however if I have to hear the word non plussed or dead panned a million times... I'm gonna have to find a different series to follow

Willa gets her comeuppance!🤭

witch, is awesome! 😉
...after all this time getting comfortable with Aris, this is, unfortunately her last book in the series, as she had really come into her own as a gifted storyteller. i kept the narration speed knocked down to 0.90 the entire way thru, but all she ever needed was to sloow doown. i did some digging, trying to find out what happened to her, but nothing..
...all in all...
💗💗💗

Wicked witches of the Midwest VS Torrent witches

I cannot believe how similar these stories are. I’m not sure which came first but shame on whoever stole the foundation of these series.
It’s disgusting.
I have enjoyed both series but have gritted my teeth through the witches of the Midwest because I have already “read” the Torrent series.

This is a fun series. The first six books are in two box sets which is awesome! Wish they were all done like that but each is worth buying on it’s own so it’s worthy of credit spending.

I'm still enjoying this series, although I wouldn't believe I would enjoy it as much as I do. Amanda M. Lee's creative writing just draws the reader in and takes hold. If you're a fan of paranormal mysteries, you'll enjoy this book.