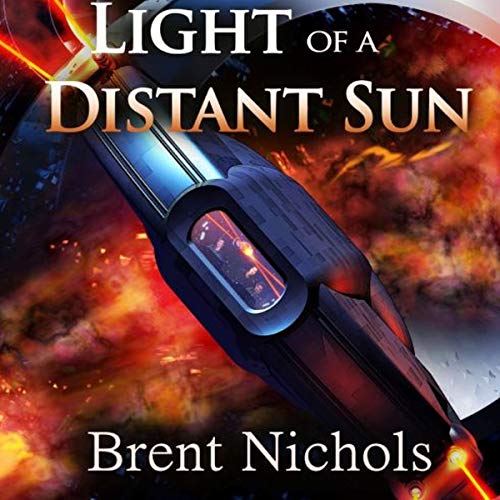 Light of a Distant Sun

Barely recovered from his injuries and still in the sights of the fascist traitors in the Wukan navy, Jeff Yi is again placed in command of his own ship and sent on a dangerous mission deep within enemy territory.

Haunted by memories of those who died under his command, Yi struggles to come to grips with the reality of war and the possibility of betrayal from within his own ranks. If he fails to uncover the Ryland plot, more than his life may be at stake.

Light of a Distant Sun is the exciting sequel to Stars Like Cold Fire.

“This entertaining novel is a fast-paced military adventure...full of political intrigue and drama.” (Publishers’ Weekly)

What listeners say about Light of a Distant Sun