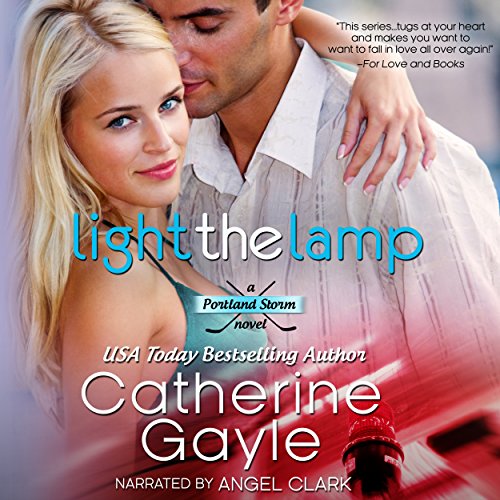 Life's been rough for Noelle Payne lately, but she's not one to let negativity rule her. So she lost her job. She'll find another one. The bank foreclosed on the house? Well, she can live out of her car for a while. There's always an upside to be found, but now Noelle needs to find something to give her life meaning. She owes it to the universe to figure it out, too, because a stranger just saved her life.

When Liam Kallen's wife died, his goal-scoring ability died with her. After a trade from the only pro hockey team he's ever played for, he's now playing for the NHL's Portland Storm. Everyone said he needed a change of scenery, but nothing changes until he rescues Noelle. Suddenly the world once again looks bright, and he's lighting the lamp like he used to.

Noelle's cheerful disposition is just the bit of sunlight Liam needs in his life. He wants to give her everything she needs because she's everything he wants. The problem? She doesn't believe she needs anything - at least nothing material. The one thing they both know she truly needs - a real purpose - also happens to be the one thing he doesn't know how to give her. If he can't help her find that she might walk away and take all her sunshine with her.

What listeners say about Light the Lamp

This Series Lights My Lamp

You can't help but love Gayle's hockey players. She develops her stories around real issues in such a way that it authenticates the character. She gradually builds delicious chemistry between the main characters, incorporates multi-dimensional secondary characters, and wraps it all up with hockey. Add in quality narration and it's a win. Light my lamp!

Of course, I recommend reading the Portland Storm series in order. Books reference characters and plot lines from previous books. You dont want to miss any of it!