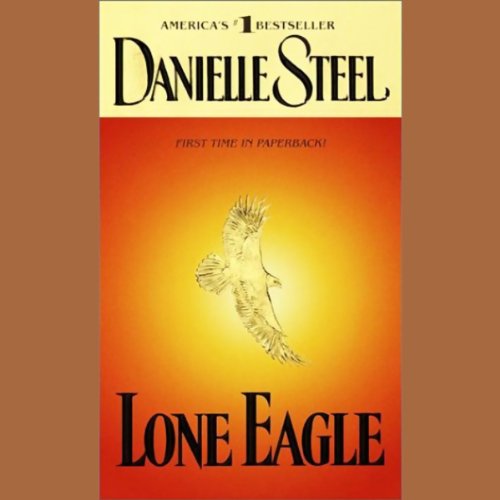 Written by: Danielle Steel
Narrated by: Ron McLarty
Try for $0.00

The phone call came on a snowy December afternoon. Kate was certain it was Joe, the brilliant visionary man who had been her soulmate, her driving force since the night they met, almost 34 years before. What she got was the one call she had never wanted, and didn't expect. As the snow continued to fall, Kate's mind drifted back, to the moment when she and Joe first met. She had been just 17 and he was young, powerful, dazzling, and different from any man she'd ever known.

It is just days before Christmas, 1940. The war is raging in Europe when Kate Jamison makes her debut in New York City. In a room filled with scions of East Coast society and the leading political figures of the day, it is Joe Allbright who catches Kate's eye. At 29, Joe is the brilliant protégé of Charles Lindbergh, and already a legend in flying circles for his record-breaking speed and state-of-the-art airplane designs. All Kate sees is a tall, strikingly handsome man who seems at once awkward and larger-than-life, like a shining star - just out of reach. Joe, too, is caught off balance by his response to Kate, seeing in this beautiful woman vitality and youth, the lifelong soulmate he never expected to find.

Against a vivid backdrop of war and thrilling innovation, Danielle Steel breathes life into history, weaving an intensely human story that spans three decades, of two tremendously different people, who in spite of themselves, are irrevocably woven into the fabric of each other's lives. With rare insight and emotional power, she brings to life a tale of unconditional love, sacrifice, and compromise - the joining of two remarkable halves into a single, far more powerful whole. It is a novel of extraordinary grace and compassion from a master storyteller, perhaps the best story she has ever told.

What listeners say about Lone Eagle

What did you love best about Lone Eagle?

The story line was awesome . Makes you want to hate and love the people
In the story line on every page. Nothing less than one of her very best .

What was one of the most memorable moments of Lone Eagle?

When the husband lied to the lover about her being crazy . Makes you want to kill him.

When he came off the boat and she finds him .

Not one of her best books

I've read quite a few of Danielle Steel's books and this to me is the worst of them. To me, it was a very depressing read. Everytime I thought it going to get better,it just dragged on & on.

As soon as she started cheating on her husband I was over it. Not something I am impressed with, no matter how much they Loved each other.... UGH!

Ron McLarty is an excellent reader--the best my husband & I have heard. Story was haunting & kept us listening right to the end. Awesome book.

This is by far the best book I read from her! The love story is so real and understandable...

A love story that transcends decades. The beginning of aviation as we know it today. With a look at WWII.

The two lead characters were the least likable people ever. I kept hoping there would be something redeemable about them but no.

I love Danielle Steel! But this book was not my favorite. I was getting tired of it. The on again, off again relationship was annoying after awhile...

i enjoy this book! what a great story

Joe to me half his life was childest he had commitment issues and when the going gets tough he got the running to me he was a coward.