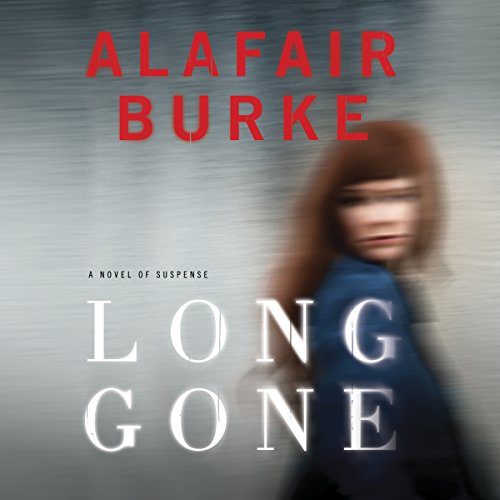 Written by: Alafair Burke
Narrated by: Tamara Marston
Try for $0.00

According to Drew Campbell, the well-suited corporate representative who hires her, the gallery is a passion project for its anonymous, wealthy, and eccentric owner. Drew assures Alice that the owner will be hands off, allowing her to run the gallery on her own. Her friends think it sounds too good to be true, but Alice sees a perfect opportunity to make a name for herself beyond the shadow of her famous father, an award-winning and controversial film maker.

Everything is perfect until the morning Alice arrives at work to find the gallery gone - the space stripped bare as if it had never existed - and Drew Campbell’s dead body on the floor. Overnight, Alice’s dream job has vanished, and she finds herself at the center of police attention with nothing to prove her innocence. The phone number Drew gave her links back to a disposable phone.

The artist whose work she displayed doesn’t seem to exist. And the dead man she claims is Drew has been identified as someone else.

When police discover ties between the gallery and a missing girl, Alice knows she’s been set up. Now she has to prove it - a dangerous search for answers that will entangle her in a dark, high-tech criminal conspiracy and force her to unearth long-hidden secrets involving her own family... secrets that could cost Alice her life.

“[Burke] makes the city her own. She takes New York with a knowing and confident hand, folding its teeming streets into character and plot in a story that is never less than gripping.” (Michael Connelly)
“Tremendous novel, and Alafair Burke is one of the finest young crime writers working today.” (Dennis Lehane, New York Times best-selling author of Moonlight Mile)

What listeners say about Long Gone

Guess I'm out of step here, lots of so-so reviews, but I liked this book -- a lot. Okay, I'm a die-hard Alafair Burke fan, love them all, and yes, I do like the Ellie Hatcher and Samantha Kincaid series better, but this was a fine listen, in every respect.

I'm also surprised by the negative comparisons to the author's father, James Lee Burke. I've liked reading several of the elder Burke's books, but have to confess, I can't stand listening to them. The narrator of the Robichaeux books is always the same man, Will Patton, and I absolutely cannot deal with that dragging, somnolent voice, which sounds like he's either extremely elderly, drunk or just waking up. Alafair's books, on the other hand, have very good narrators -- no problems whatsoever.

I thought this book had an intriguing plot -- the sort of thing you could see yourself getting into, more or less. Alice had been unemployed for a year, and even though she had wealthy parents, she really needed a job. So when this dream job -- supposedly -- was offered to her, she took it. I can see myself doing the same thing. From there? All kinds of things happen -- most of them not so good.

Good book! Try it yourself and see!

Let me preface this by saying that this was my first Alafair Burke novel. I didn't know what to expect.

I was disappointed with Audible (or the publisher) that the "book details" gave away so much of the story. It seemed that I must have listened to over an hour of the book before I heard anything new!

My first impression as I listened was that it was set up the way Mary Higgins Clark frequently sets up her novels: several different threads begin and eventually come together as the story is woven into cloth. I didn't know at the time that Alafair Burke has written a series with Ms. Clark. I also didn't know that she is the daughter of James Lee Burke (whose beautifully-written series I found depressing, so I gave up after the first one).

That being said, I enjoyed this story, and liked the twists and turns. I empathized with Alice's bewilderment, and appreciated the use of a Facebook account as a plot device.

I find that the "separate threads" method is difficult when I am listening to a book, and means that I end up going back a lot and listening again when I realize the narrator is no longer talking about the same person or place. But I did get used to it and realized I had to pay closer attention.

Worth an attentive listen!

Not her best work

I have enjoyed all of Alafair's books and I liked this one , but I thought it was a bit disjointed and difficult to follow.

Get out your pen and paper for this read. You will need those to take notes to keep everything straight. This book had way too many characters and several story lines that you kept wondering when are they gonna connect or how do they even make sense. Any book that you had to stop and think about what you’re reading, who belongs with who, and how each person plays a part in the story is just not enjoyable. The author tried too hard to be all mysterious and it ruined it. Couldn’t wait for to be over.

Not her father's thriller

A good story, if a bit touchy-feely for a thriller. A girl's thriller I guess. Extra estrogen. But a decent amount of tension. Only one of the culprits actually surprised me and so while interesting wasn't the most original, but then again that would be a tall order considering the genre. Alice I found to be a bit too realistic if you know what I mean. Indecisive, ineffectual and easily manipulated she barely did anything to get a handle on what was happening to her. Different, I have to give it that, but I don't know...I couldn't really care because she didn't seem to. I think she felt that somehow she'd skate into a solution like she skated through the rest of her life. And her father (who I kept picturing as John Huston) was completely weird...as if he was channeling Oprah or something. And I remember wondering several times at some particular word usages; I can't remember any offhand, but If I do, I'll edit. Suffice to say they were odd enough to pull me out of the story for a sec. Still, I might give another one of Ms. Burke's books a try someday.

Very slow to develop, but!

The story was so slow to develop that I was tempted to “book-mark” and move on to another; however since Alafair has never failed to deliver I persisted and was richly rewarded. Give it a try I highly recommend it.

There are so many twists and turns in this plot. I'm usually good at guessing where we're headed and at no time did I have the answers. Great read.
It is a good book, however I can do without the cursing.

Her dad is one of my favorite authors. But unfortunately she is no her dad.
I tried 3 times to get into her book, but I just couldn't make.it. I put it down for the last time. Sorry. Taylor Sandvigen

This is a big, ugly, confusing mess of a story. I think the author tried too hard on this one. There are too many disjointed story lines and characters that seem to be unrelated and go nowhere. It is a poorly constructed story and it is difficult to stay engaged. The dialogue is cliche and cringeworthy. The narration is subpar.

Waaaay too long. The sincerity tone of the reader is almost intolerable. The story has a few unique twists, but generally not worth the hours and hours of overall annoyance. The main character is incredibly melodramatic. Just don’t bother!