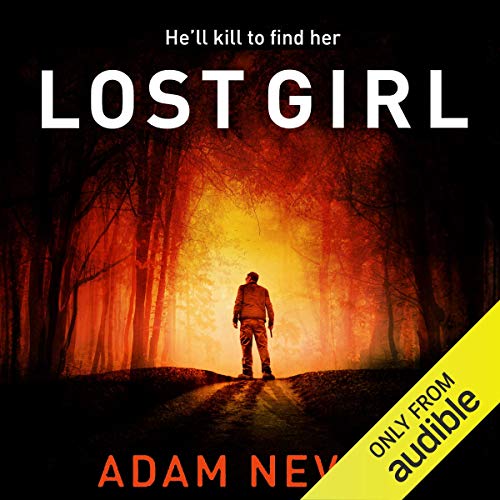 Written by: Adam Nevill
Narrated by: Kris Dyer
Try for $0.00

It's 2053, and runaway climate change has brought civilization to the brink of collapse. Billions are threatened with starvation, and mankind is slowly moving north in a world stricken by war, drought and superstorms - easy prey for the pandemics that sweep across the globe. Easy prey, too, for the violent gangs and people smugglers who thrive in the crumbling world where 'King Death' reigns supreme.

The father's own world went to hell two years ago. His four-year-old daughter was snatched from his garden when he should have been watching. The moments before her disappearance play in a perpetual loop in his mind, as do nightmarish fantasies of who took her and why. But the police are preoccupied.

Amidst the worst European heatwave on record, a refugee crisis and the coming hurricane season, who cares about one more missing child?

Now it's down to him to find her, even if it means going to the worst places imaginable, to do the unthinkable....

Adam Nevill was born in Birmingham, England, in 1969 and grew up in England and New Zealand. He is the author of the supernatural horror novels Banquet for the Damned, Apartment 16, The Ritual, Last Days, House of Small Shadows, No One Gets Out Alive and Lost Girl.

In 2012 The Ritual was the winner of The August Derleth Award for Best Horror Novel, and in 2013 Last Days won the same award. The Ritual and Last Days each won the RUSA for Best in Category: Horror.

What listeners say about Lost Girl

This is an outstanding novel

It is the year 2053, climate change is wreaking havoc on the world: floods, droughts, starvation, disease, and mass migration north. The Father (we never learn his name) is living a semi-normal life in his upper middle class neighborhood in England with his wife and daughter when tragedy strikes. His four year-old daughter is abducted. The police are overwhelmed with hundreds of more serious crimes and do little to help. Driven somewhat insane with the loss and spiraling thoughts of what kind of depraved monster has taken his daughter, the Father takes matters into his own hands.

The story begins two years after the daughter’s abduction. The Father is working as a kind of free-lance interrogator with the secret help of sympathetic police officers. He crosses line after line of illegal behavior as he tortures, then kills his leads – child molesters and human traffickers. There seems to be no limit to the depravity of the men he finds. It is difficult for him to unsee their evil.

It is a dark world, spiraling quickly to a deadly end for all humanity. The backdrop of climate change and human misery keeps the mood bleak and the listener in a state of perpetual hopelessness, mirroring the Father’s own state. This well written jewel tends to dig deeply into metaphor, describing mood and events with great detail. While the story is full of action, violence and drama, it can also move slowly, methodically at times over sensations and detail. It is well worth the effort, just an observations for some impatient listeners, stay with it.

Without spoiling the plot, it is worth noting a particular character that is introduced late in the novel. This drug addled acolyte is so compelling and unusual, the listener will wish he had been brought into the story earlier. Reality itself bends around this strange person, inviting the listener to think differently about metaphysics, humanity and most interestingly – death.

The audiobook is performed by Kris Dyer, who is simply outstanding. The character voices are clearly differentiated and remarkable for their variety. Most notable are his female voices, which at times make the listener wonder if there wasn’t a second narrator. Mr. Dyer matches the dark mood of the novel in voice and inflection giving what can only be described as a near perfect performance. His is a voice worth following.

This is an outstanding novel performed exceptionally well. Its violent theme and dark mood will not appeal to every listener, however. It is about a vigilante father trying to recover his daughter or at the very least punish those who would have abused her. The attention to detail and the dire warning given in this dark novel make it well worth listening to. Highly recommended.

Warning: Scenes of extreme violence, torture and child abuse make this novel inappropriate for young listeners and others sensitive to these themes.

Audiobook was provided for review by the publisher.

Everything about this book is awesome. Narrator storyline characters what a thrilling experience to listen to. Adam Nevill never disappoints!!

Editing is a friend of the story teller. Dragging it out may be delightful for the author. But have mercy on the rest of us.
Not sure why this was set in the future or alternate world but ok. I enjoy this writer very much but here his worst traits come out. Endless soliloquies by wicked characters or descriptions of circumstances which draw out the story for no benefit. In this desperate race everyone sure has a lot of time to muse about everything under the sun to each other. I hurt about as much as the dad from enduring so much blather.

Really good narration with well executed, varied character voices. Each character was discernible without being distracting. I would definitely look for other readings by this narrator.

Excellent story. I always feel like Neville has better set up than follow through in his books, but this one was pretty consistently good throughout. A bit of a departure from horror into more of a "thriller" genre, which was a fun change to see in one of my favorite authors.

it was kind of boring at times. there a lot of useless jargon in it.