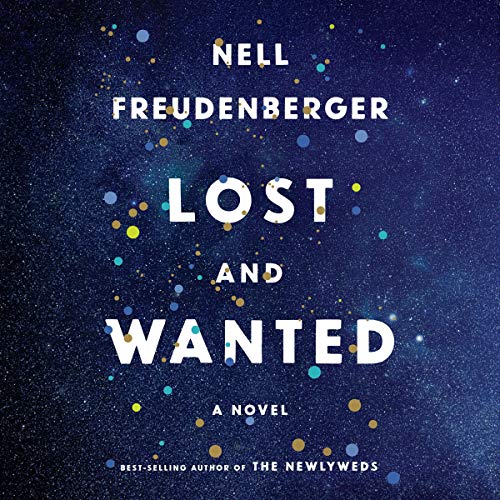 "Freudenberger's brilliant and compassionate novel takes on the big questions of the universe and proves, again, that she is one of America's greatest writers." (Andrew Sean Greer, Pulitzer Prize-winning author of Less)

An emotionally engaging, suspenseful new novel from the best-selling author, told in the voice of a renowned physicist: an exploration of female friendship, romantic love, and parenthood - bonds that show their power in surprising ways.

Helen Clapp's breakthrough work on five-dimensional space-time landed her a tenured professorship at MIT; her popular books explain physics in plain terms. Helen disdains notions of the supernatural in favor of rational thought and proven ideas. So it's perhaps especially vexing for her when, on an otherwise unremarkable Wednesday in June, she gets a phone call from a friend who has just died.

That friend was Charlotte Boyce, Helen's roommate at Harvard. The two women had once confided in each other about everything - in college, the unwanted advances Charlie received from a star literature professor; after graduation, Helen's struggles as a young woman in science, Charlie's as a black screenwriter in Hollywood, their shared challenges as parents. But as the years passed, Charlie became more elusive, and her calls came less and less often. And now, she's permanently, tragically gone.

As Helen is drawn back into Charlie's orbit and also into the web of feelings she once had for Neel Jonnal - a former college classmate now an acclaimed physicist on the verge of a Nobel Prize-winning discovery - she is forced to question the laws of the universe that had always steadied her mind and heart.

Suspenseful, perceptive, deeply affecting, Lost and Wanted is a story of friends and lovers, lost and found, at the most defining moments of their lives.

“Lost and Wanted is a new kind of mystery novel, written with an artist's rigor and a scientist's intuition. Nell Freudenberger shines her light into the farthest reaches of the universe, and also into the whirring spaces between parents and children, lost loves, and best friends. A beautiful book." (Karen Russell)

"This tender, engaging story takes a physicist for its heroine, and boldly bends the forces of the universe to the binding love between friends, between partners, between parents and their children. It’s not sci-fi, but something we might call fi-sci - a literary and emotional adventure peopled by complex, sympathetic characters, some of whom happen to do science as they navigate their most important relationships." (Dava Sobel)

"Intellectually dazzling and almost unbearably moving. Probing the mysteries of the physical universe and the equally mysterious nature of human connection, Freudenberger writes fearlessly and lyrically about physics and grief; parenthood and friendship; the subtleties of race and the seriousness of female ambition. I've read many novels that made me think and some that made me cry, but few that did both as powerfully as this one did." (Amy Waldman, author of The Submission)

What listeners say about Lost and Wanted

A Kind of Nice Story

There's nothing wrong with this book, just not a whole lot to make one feel that it was 13.5 hours well spent. Part of it was the topical smorgasbord: child-raising, a bit of science, the politics of the academic world, single mom (by choice) doing things her own way, nature of friendship, some #metoo thrown in...and a fair amount more. Long, long runway for a story that never quite got off the ground, for me. The narrator's voice is pleasant, but out of sync for brilliant women scientists that I have met. I would have liked a bit more Sigourney Weaver/Ripley, what I heard was more Meg Ryan/Reese Witherspoon. Pleasant beach read, yes, for some. On par with A Tale for the Time Being (Ruth Ozeki), The Power (Naomi Alderman), or almost anything by Margaret Atwood or Ursula K. LeGuin, hmmm, no. Lastly, when I had finished the book, I wondered if the book companiy's editorial staff had been on strike: half of the meanderings in this story could have been trimmed without doing any appreciable damage to the story line, dramatic impact, or themes.

As good as The Newlyweds, but totally different. Very thoroughly imagined. She has a real gift for obsevation and characterization. The plot moves forward naturally with no artifice.

An interesting idea about time space continuum with absolutely no follow through on any of the books major themes. It’s a total time waster, as the author simply presents ideas and themes and fails to complete any of them.
I don’t think I have listen to any book on audible that I have been more disappointed with than one. Your time and money will be lost and wasted if you choose this title. I requested a refund so you don’t have to....

No resolution to anything

The story--such as it was--had no structure that I could discern, unless time passage qualifies for that. There was so much detail about physics (why??) and so much detail about the main character's friendship with the deceased friend...but what did that lead to? What did any of it lead to? It was pleasant enough to listen to, but I kept listening, waiting for some big reveal or realization or something., Normally in a novel the protagonist undergoes some kind of profound change or realization--and getting to the change is the story. There was no change, therefore no story--at least for me.

And not enough plot and character resolution. There was so much detail about the science I wish the story itself had that much detail. It made the plot feel secondary and it end flat for me.

I think I would've liked this book more if I'd read it rather than listened to it. The main character is a by-the-book female brilliant female scientist who operates in a matter-of-fact way. And in the course of the book and what she's experienced, she softens and opens herself up. The audio performer gives the main character a very overly emotional tone from the beginning. I think it weakens both the character and the plot. I did enjoy the book, but I never felt the performance matched the character.

This book is nothing like the description. Yes from time to time the main character spews out some physics but not in a way meaningful to the story and isn’t linked to solving the underlying mystery. A mystery that gets lost in what I assumed was the authors desperate attempt to get her book picked up for a movie by hitting all of today’s major social triggers. Honestly I didn’t- couldn’t- finish it. The narration was as horrible as the text.

I expected a lot more quantum physics entanglement story line. I got over 1/2 way through and despite reviews that say it's late coming in the book, I couldn't slog through any more "character development" to get to the good stuff. know that this was expertly written though. I happen to be a non fiction fan but thought I would give this a try based on the description of the having a metaphysical bent. I am returning it.

Quite well written and very intelligent, but you can't really call it "popular culture". Extremely specific to a particular demographic of reader. Ivy league, STEM nerds would feel quite at home and the science is super but....all of it was more a lesson than entertainment. She only dabbled her toes in the WE DON"T KNOW IT ALL argument that scientists are loathe to admit. Just wonder how applicable this story/work is to general audiences.

Over explaining for 30 Somethings

Where have all the copy editors gone - long time passing. 25% of this book could have been cut from the tedious descriptions of rooms and wardrobes. The Ghost buildup is Anti-climactic. I stopped listening by chapter 10. As someone who works for passage of an Oregon Death With Dignity law in several states I couldn’t take the tedium of the writing any longer.