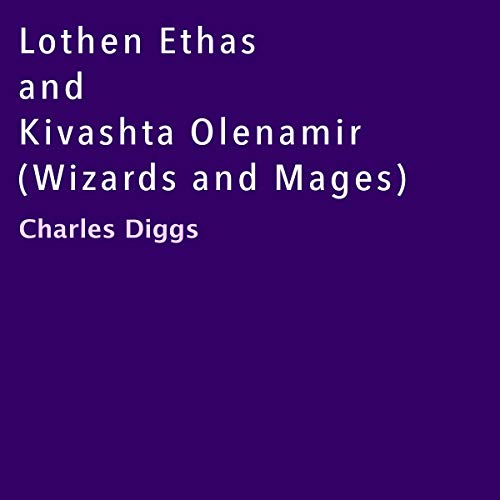 Written by: Charles Diggs
Narrated by: Robin Coppock
Try for $0.00

A human child is found in the forest near an elf village. Finding the crying babe all alone, a childless elf couple raise him as their own. From the very beginning, they know he is special, but neither of them know that their child is destined to grow up and fight the evil wizard Merrick, one of the most powerful magic users of his age.

The sequel to Lothen Ethas. Kivashta Olenamir faces mounting dangers in her quest to defeat the evil wizard Merrick. As she continues to push herself in order to protect her friends, and help the people who need her, risking her life again and again, she finds out more about herself. When everything comes to a head, it is almost more than she can bear.