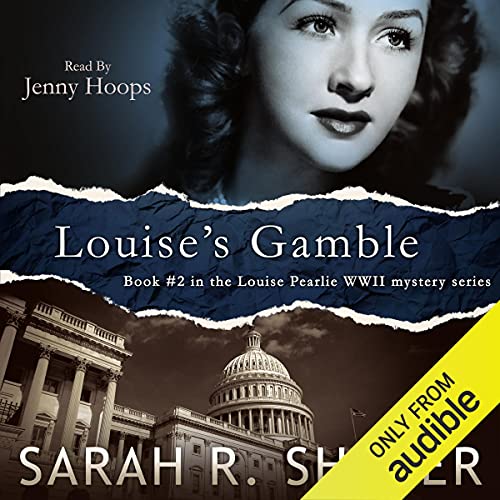 It’s 1942 in Washington, DC. Louise Pearlie is now a chief file clerk at the legendary OSS, the precursor to the CIA, and enjoys being an independent, working woman despite wartime privations. But a casual friendship struck up with Alessa di Luca, a secretive war refugee, sucks Louise into a dangerous game of mafia bosses, Nazi spies, banished royalty, and Sicilian aristocracy - placing not only her job but her life in jeopardy.

What listeners say about Louise’s Gamble