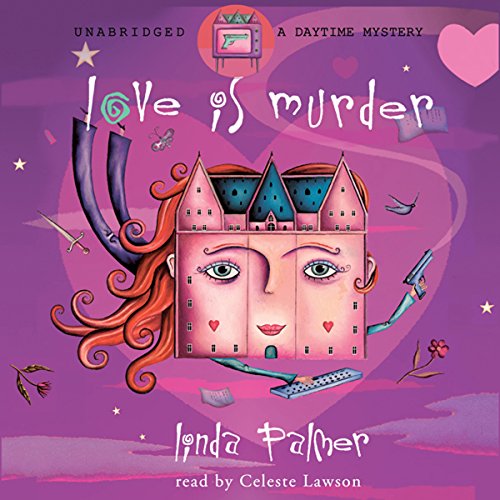 Getting killed off is a soap star's worst nightmare. Especially when it happens off camera.

Morgan Tyler is a beautiful, sassy young widow who lost the love of her life before she turned 30 and now puts all her romantic energies into her job as the head writer of the award-winning soap opera, Love of My Life.

When one of the show's starlets is injured in a hit-and-run accident, Morgan crosses paths with the homicide detective Matt Phoenix, who is immediately attracted to her. But their budding relationship becomes complicated when Morgan's boss is murdered and Morgan is revealed as the sole heir to his estate. Does Matt suspect her? Now a real-life killer is after her. And her time - like sands through the hourglass - is running out.

What listeners say about Love Is Murder

I love this series. It was a surprise. The charaters are likeable and the story moves on smoothly. The only thing I did not like is that the narrator sounds to old to be in her early thirties. She actually reminds me of the woman who played Della Street in the 80s.

This was a good audio book. The narrator was able to bring the characters to life and made you forget it was being read like a book. The story line was funny and creative. Enjoyable overall and recommend it.

This entire series is great. I really wish the author continued writing this series. I tried the other series by this author and did not like them. Linda Palmer found her mark in this series.