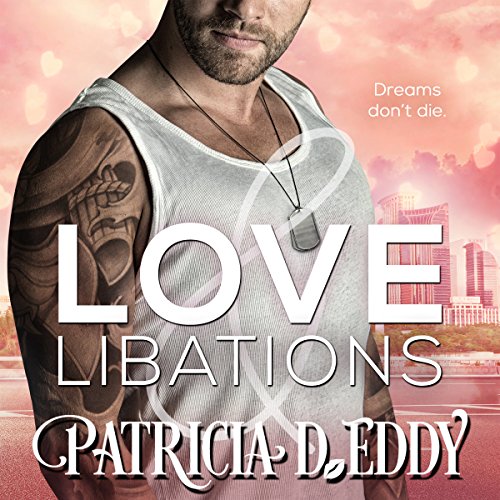 Garrett James has been behind the bar since he was discharged from the Army with a prosthetic leg and a Purple Heart. He has big dreams that involve his own restaurant and someone to share it with. Too bad most of the women he dates either balk at the idea of dating an amputee or can't stand the fact that he works every night.

Lilah McKinney doesn't have dreams. Her abusive boyfriend has systematically destroyed them, even though he's never laid a hand on her in anger. A chance meeting with Garrett reminds her what it felt like to want something for yourself. When her boyfriend snaps and beats her, nearly killing her, Garrett steps in, but he can't stay. Lilah needs to reclaim her dreams on her own.

Fate brings them back together almost a year later, a few weeks before Valentine's Day. Will Lilah share her dreams with Garrett? Or will her past come between them once again?

What listeners say about Love and Libations

The good guy wins the girl

Lila is in an abusive relationship and is almost killed. Her savior is an ex-military bartender...an amputee at that. Can Lila truly open her heart to Garrett after years of abuse, especially since her ex is still trying to cause her pain?
Good story.

I get abuse but come on. The Whining just never stopped. I couldn’t finish. The heroine will defend her abuser but not the man that protects her.

Quick, engaging listen. The narrator does a phenomenal job! This story was smooth, and the intimacy parts flowed well (better than other books by this author.) Military romance I’d definitely recommend. Domestic violence is present as noted in the warning.