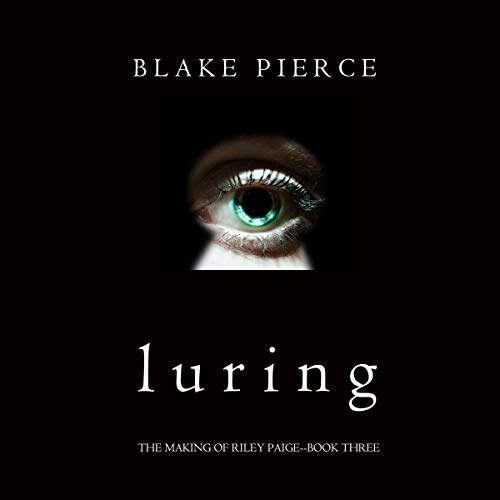 A serial killer is using barbed wire to kill a series of women, and the FBI, at a loss, must break protocol and turn to its brilliant 22-year-old academy recruit Riley Paige to solve the case.

Riley Paige is accepted into the grueling FBI academy and is determined to finally keep a low profile and work hard with her peers. But that is not meant to be, as she is hand-picked to help her mentors to profile and hunt down a serial killer that has terrified the nation. What sort of diabolical killer, Riley wonders, would use barbed wire to kill his victims?

There is no time for Riley to make a mistake in this deadly game of cat and mouse, with her own future on the line, and with a killer out there that may just be smarter than her.

An action-packed thriller with heart-pounding suspense, Luring is book three in a riveting new series that will leave you listening late into the night. It takes listeners back 20 plus years - to how Riley’s career began - and is the perfect complement to the Once Gone series (A Riley Paige Mystery).

What listeners say about Luring

I’ve ready many of Blake Pierce’s books and they are all stupendous like always. I love all her work. This is my first Audible though as I’m new to audio books and in that perspective I can say that the voice of the narrator was frustrating and just didn’t really match what as US FBI agent would sound like. British accents are really sexy and nice and she’s well spoken but not for this book. An American narrator would have sounded more appropriate but that’s just my personal opinion.

Either way narrator was great in her own just the accent didn’t match the setting of where the book is themed from so it was off a bit.

But the book is excellent, great investigative book like always. On to the next one for me now.