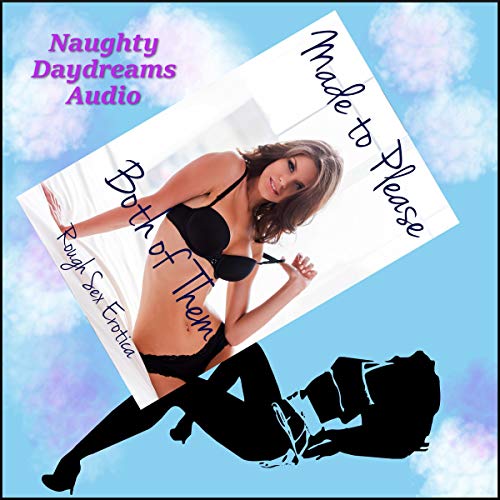 Made to Please Both of Them

How would you like to listen to this story?

Tara’s in trouble. She’s been on the run for nine years, and her name isn’t even Tara. Somehow, two guys at her work have discovered the truth, and the worst part about it is they’re two guys she’s been pretty damned bitchy with.

That’s only one of the sexy tales you’ll find in this collection.

Here are the rest of the stories!

Will has always wondered at Jake’s remarkable persistence. For his friend, every no is just a yes that will come later. And it’s worked for Jake. He has a beautiful mansion and an incredible wife. Jake likes to share his good fortune, too. Within moments of arriving, Jake tells Will, “Bang my hot wife.” Katarina is excited by the prospect, too, and it doesn’t take long before she stuffed full with two cocks at the same time!

4. "Picking Up an Extra Cock for Kat"

Kat and Dan have had a fantasy of bringing in another man for a long time. They finally decide it’s time for this slut wife to get what she wants, and they head to a bar to find someone Dan can tell, “fuck my wife!” They find a handsome businessman named Simon, and before long the three of them are in the hotel room for a night of rough double team sex, complete with deep throat and a long, long night of orgasm after orgasm!

Double Penetration by the Boys in Blue by Jane Kemp

Gaby is late for a shift, and nobody wants to be pulled over at three in the morning when it’s dark and empty out on the highway. When two cops make it clear they’re less interested in her driver’s license than her ass, things get even scarier. Before the night is through, she’ll have police cock in her throat, her pussy, and her ass! She may not be able to get to her shift on time, but she’ll certainly get all of the attention these two men can offer!

What listeners say about Made to Please Both of Them