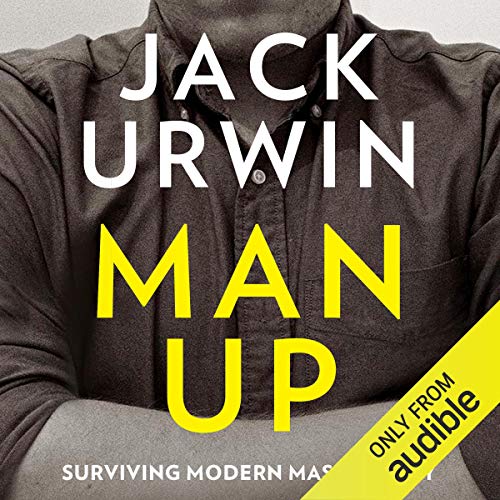 Written by: Jack Urwin
Narrated by: Jack Hawkins
Try for $0.00

Jack Urwin's father died just before Jack turned 10. Being male, he never really learned to talk about this with any kind of sincerity. His grief stayed with him through his teens, slowly becoming depression. Now 24 and a journalist whose recent Vice article, A Stiff Upper Lip Is Killing British Men - described as 'fabulous' by Irvine Welsh - became a viral sensation, Urwin explores what it means to be a man now. He traces crises of masculinity from our grandfathers' inability to deal with the horrors of war to the mob mentality of football terraces or Fight Club and the disturbing rise of mental health problems among men today.

Smart, funny and friendly, but with a wisdom that belies the author's age, Man Up is the start of an essential conversation for men, exploring why we have perpetuated the myth of masculinity - and how we can challenge it and change it.

What listeners say about Man Up

This is an important book that everyone should listen to, I’ve sent it to my entire family and several close friends. Can’t recommend enough!