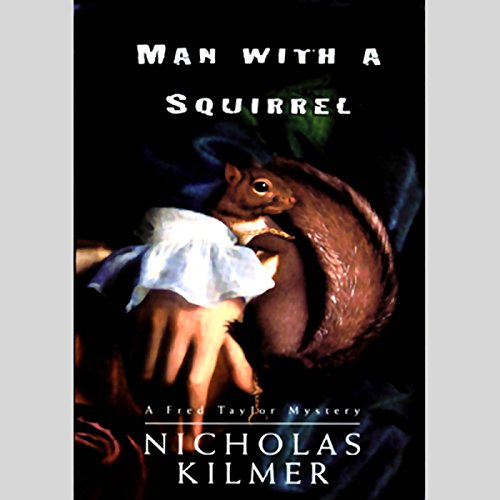 Man with a Squirrel

Written by: Nicholas Kilmer
Narrated by: Patrick Cullen
Try for $0.00

In Nicholas Kilmer's sequel to Harmony in Flesh and Black, the debut of his mystery series set in the Boston art world, we're reacquainted with the passionate non-collector Fred Taylor. Fred, prowling the antique and jumble shops of Boston's Charles Street, enters one of his old haunts, Oona's, which is run by an unflappable, seen-it-all proprietress as honest about her wares as she is ruthless in her pricing and secretive about acquisitions. Oona offers Fred a painting, the image of a common gray squirrel on a chain, which he discovers has been cut from a larger canvas.

Believing it to be the work of an important eighteenth-century American master, he snaps up the fragment and then sets out to find the rest of the painting. Soon, murder, mayhem, and other forms of vandalism join the violence already associated with the painting.

"Patrick Cullen does an excellent reading of this surprisingly nonstuffy story....This most entertaining mystery keeps the listener's attention from start to finish." (Library Journal)
"One finds oneself completely engrossed....Cullen's reading is...finely controlled understatement: intelligent and free of distractions. Unusually clear sound further enhances the transparent effortlessness of this recording." (AudioFile)

What listeners say about Man with a Squirrel