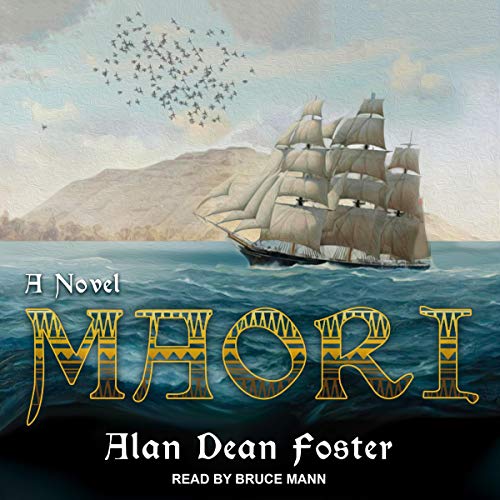 The only son of a poor British coal miner, Robert Coffin sets sail for the far ends of the Earth in search of his fortune, leaving his young bride and infant child behind in England. In the sordid and dangerous South Pacific port of Kororareka, on the sprawling island the native Maori call "the Land of the Long White Cloud", Coffin builds a successful new life as a merchant. He gains an unwavering respect for the aboriginal people and their culture, and finds comfort in the arms of his fiery Irish mistress, Mary.

But the unexpected arrival of a China-bound clipper bearing his wife, Holly, and son, Christopher, throws Coffin's world into turmoil - compounded by the ever-increasing tension between the Maori tribes and the mistrusted "pakehas" who are plundering their land. As the years of a volatile 19th century progress, the indomitable family of the stalwart adventurer the Maori have named "Iron Hair" will struggle, sacrifice, and endure through war, chaos, catastrophe, and change.

What listeners say about Maori

Maori held my interest because it was based on facts about the history of New Zealand. The story helped me understand what a big role the arrogance of foreign settlers played in replacing an existing civilization's customs and ways of thinking with that of the invader or settler. This story was fascinating because it followed the development of a family through several generations, showing how challenging it can be for one generation to adequately appreciate the challenges of theprevious one or of the next one ahead. . Foster's depiction of various characters showed how complex people are: a mixture of admirable and undesirable qualities.
The narration was wooden, although the narrator's way of portraying a conversation was usually very good. His accents were well done. Sometimes I thought I couldn't keep listening because of the narrator, but the plot was complex enough to keep my interest. When the narrator portrayed females, his various voices were very similar; the women all sounded unbelievably sweet.
Overall: I learned a lot about the Maoris and could see how white supremacy has a long history to come to terms with and to undo. The story was both entertaining and informative. I was sorry the narration was not as good as the story.

I learned a lot about the Maori culture. I would have liked to hear the female parts with female voices. It was a too long for me. I was ready for it to be done before it finally ended. Enjoyed character development—Always a good sign for a book.