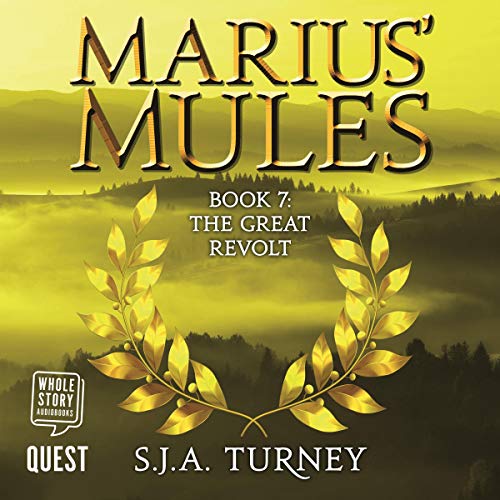 After many months of clandestine organisation, Vercingetorix, backed by the druids and leading an army of rebellious tribes, is ready to make his first moves towards independence for his people and the annihilation of Rome's presence in Gaul. Meanwhile, Caesar tends to business in Aquileia, unaware that he is cut off from the bulk of his army in the north by the rebellion. Fronto and his friends are heading for a clash of armies the likes of which the north has never seen, and the Tenth's legate is about to face his most trying year yet facing his opposite number - a chieftain of the Arverni - across the fields and hills of Gaul towards the greatest siege he's ever experienced: Alesia.

What listeners say about Marius' Mules VII: The Great Revolt

Story and narration are excellent!

I have participated in crunching billions of words in my lifetime though I just digested a feast.

I hope this series goes on ; Cross the Rubicon and through the civil war.

I have enjoyed all seven books in this series. A story line within the commentaries good fun.

another amazing book in the series. my only issue with it is, that they are not putting this series out fast enough.