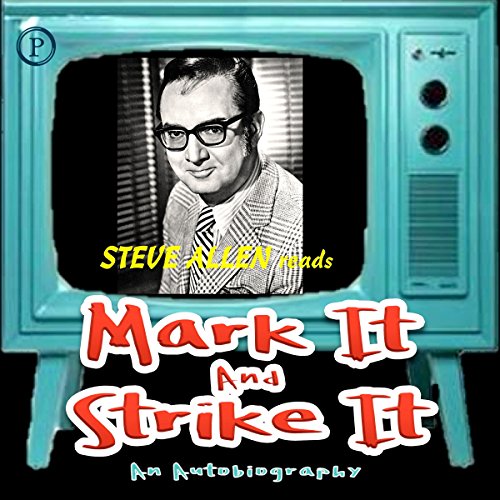 Mark It and Strike It

It's hard to believe there's only one Steve Allen! This same person has: created the Tonight show, written 28 books, composed over 4,000 songs, made some 40 record albums, starred on Broadway and in motion pictures, composed Broadway, television, and film scores, starred in his own television series, and created, written, and hosted the Emmy Award-winning PBS series Meeting of Minds. We invited Steve into our studios so he could tell you his own story. He talks about his family, his upbringing, his views, the creative process, and the business of being funny in this updated version of his autobiography. And because Steve always brings something extra special to his work, he brightens this recording with some of his inimitable ad-libbing on the piano.

What listeners say about Mark It and Strike It