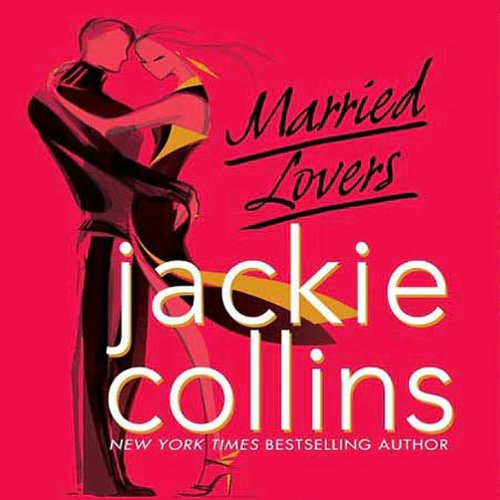 Cameron Paradise, a stunningly beautiful 24-year-old personal trainer, flees her abusive boyfriend in Hawaii and ends up in L.A. Cameron soon gets a job at a private fitness club where she encounters the city's most important players. She has plans to open her own studio, and while every man she meets comes on to her, she is focused on working hard and saving money to achieve her goal. Until she meets Ryan Lambert, that is.

An extremely successful independent movie producer, Ryan's married to overly privileged Mandy Lambert, the daughter of Hamilton J. Heckerling, a Hollywood power-player/son-of-a-bitch mogul. Ryan has never cheated on his demanding Hollywood princess wife, but when he meets Cameron, all bets are off.

Only internationally best-selling author Jackie Collins knows what happens when lust and desire collide with marriage and power: the results lead to murder.

I was waiting for the married lovers to hook up, but needless to say there was a rather abrupt ending to this one. I enjoyed the characters, especially Cameron.

Could not put it down... shut it off I mean.

Had to find more drawers to clean, so I could finish it!

Just another decent read by Jackie!

As stated before, I consider Jackie's books to be my dumb mindless reading where I can do other things while I read - like cook, sew, cross-stitch work on computer, etc....
If you like Jackie (and I am not saying she is bad - I have read MANY of her books) then you will probably like this! Most of her books are all the same type and this is just another one like the rest!
Enjoy!

I enjoyed listening to this, and I agree with the previous review, it kept me interested. The narrator was good, and that matters a lot when a book has a lot of dialog. I wish Collins had more unabridged books available for download.