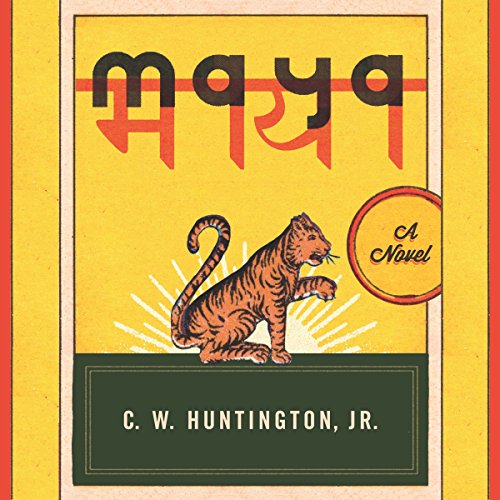 A stunning debut novel on sex, loss, and redemption.

It is 1975 and India is in turmoil. American Stanley Harrington arrives to study Sanskrit philosophy and escape his failing marriage. When he finds himself witness to a violent accident, he begins to question his grip on reality.

Maya introduces us to an entertaining cast of hippies, expats, and Indians of all walks of life. From a hermit hiding in the Himalayan jungle since the days of the British Raj, to an accountant at the Bank of India with a passion for Sanskrit poetry, to the last in a line of brahman scholars, Stanley's path ultimately leads him to a Tibetan yogi, who enlists the American's help in translating a mysterious ancient text.

Maya, literally "illusion", is an extended meditation on the unraveling of identity. Filled with rich observations and arresting reflections, it mines the porous border between memory and imagination.

What listeners say about Maya

Interesting story of American graduate student’s adventures in India during the mid 1970s. Well narrated by the author. Likely of most interest to a reader who is a student of or has some knowledge of Hinduism or Buddhism.