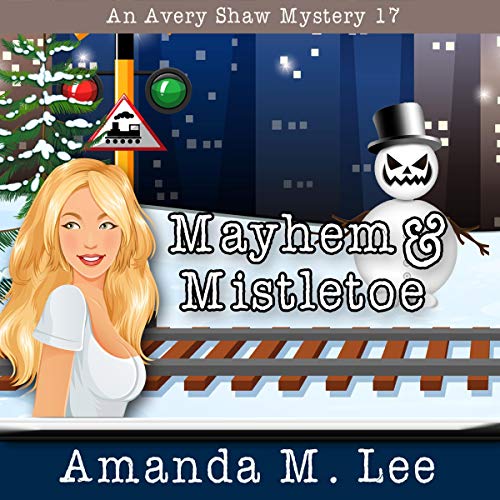 Avery Shaw has the world at her fingertips...and a pile of dead Santas near the railroad tracks. Interestingly, she’s more focused on the Santas than her personal life, but only because she’s been warned that a proposal is imminent from her live-in love Eliot Kane and she needs to look somewhere else - anywhere else will do - rather than accept what he’s trying to offer.

Avery never pictured herself married but it appears it might be happening...no matter how she tries to dodge and weave. The Santas make an enticing distraction, so Avery throws herself in with gusto.

Tracking the Santas isn’t easy because Macomb County Sheriff Jake Farrell doesn’t want the names released. He lets one slip, though, and that leads Avery on an adventure...all the way down to a halfway house in Detroit.

It’s a big world and some crimes are worse than others. The only common thread Avery can find when chasing this story is a drug ring, and when she pulls that particular thread, everything comes toppling down.

The drug world is dark and seamy and Avery is going to need her guile and wits to survive this one. Even if she comes out on the other side - and that’s a big if - then there’s a proposal waiting.

It’s finally time for Avery Shaw to grow up...at least a little bit. Come along for the ride, because the big moment is finally here. There might even be a murder to solve along the way.

What listeners say about Mayhem & Mistletoe

I couldn't stand listening to this book, because the Narrator's voice and tone is so irritating. I tried speeding up the voice and slowing it down, neither helped. The content of the story was lost due to my ears wanting to tune it out. The whole thing sounds like every character is NAGGING. I want my money back so I can purchase a different book. Too bad you can't exchange if you don't finish. But I had to mark it as finished to give a review.

Great book. I laughed and cry along the way

I loved this one. Avery, Elliot and Jake had me laughing and crying. I am glad that Elliot proposed to Avery and she said Yes. I am glad that Jake is happy for her. I get so emotionally involved in all the books in this series. Now on to the next one.

all i can say is, Finally! i clapped and smiled half my face off=) loved it All!
💗💗💗