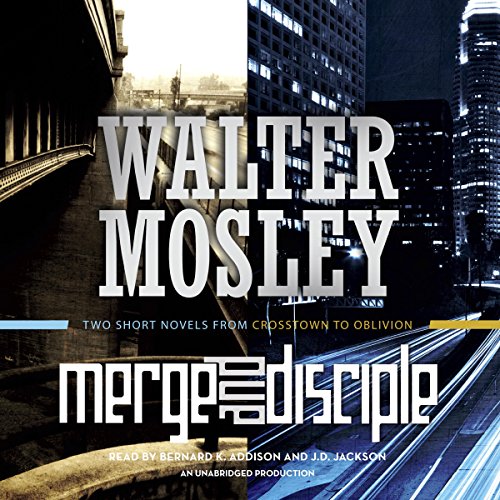 Raleigh Redman loved Nicci Charbon until she left him heartbroken. Then he hit the lotto for 24 million dollars, quit his minimum-wage job, and set his sights on one goal: reading the entire collection of lectures in the Popular Educator Library. As Raleigh is trudging through the eighth volume, he notices something in his apartment that at first seems ordinary but quickly reveals itself to be from a world very different from our own. This entity shows Raleigh joy beyond the comforts of 24 million dollars...and merges our world with those that live beyond.

Hogarth "Trent" Tryman is a 42-year-old man working a dead-end data-entry job. Though he lives alone and has no real friends besides his mother, he's grown quite content in his quiet life, burning away time with television, the Internet, and video games. That all changes the night he receives a bizarre instant message. At first he thinks it's a joke, but in just a matter of days Hogarth Tryman goes from a data-entry clerk to the head of a corporation. His fate is now in very powerful hands as he realizes he has become a pawn in a much larger game with unimaginable stakes.

What listeners say about Merge - Disciple

Both stories were interesting but was not what I thought they would be.. Not for me. The stories probably deserved more stars but my experience is too limited to critique this genre, However, I've enjoyed other novels by Mosley such as 'Devil in a Blue Dress."