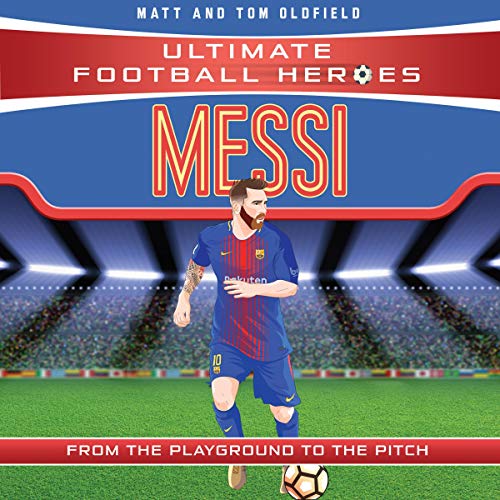 'The Barcelona fans were already standing - they had seen the things that Lionel could do with the ball at his feet.'

Lionel Messi is a legend - Barcelona's star player and the world's best footballer. But when he was young, he was so small that his friends called him 'Little Leo' and coaches worried he wasn't big enough. Yet through bravery, talent and hard work, he proved them wrong. Messi tells the magical story of how the tiniest boy in South America grew up to become the greatest player on earth.

Ultimate Football Heroes is a series of biographies telling the life stories of the biggest and best footballers in the world and their incredible journeys from childhood fan to super-star professional player. Told in fast-paced, action-packed style with sound effects that transport you straight into the middle of all the exhilarating action of the football pitch, these audiobooks are perfect for the whole family to share and enjoy.

What listeners say about Messi