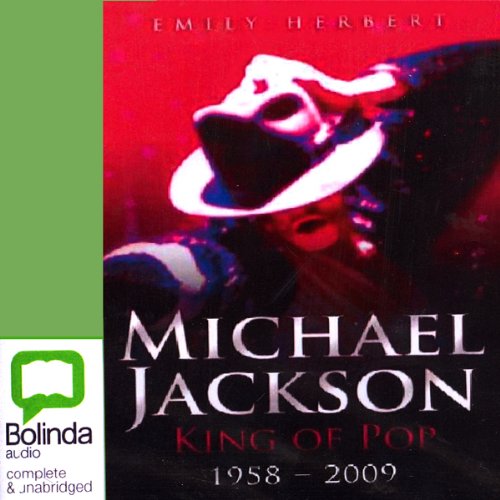 On July 25, 2009, breaking news revealed that Michael Jackson, the King of Pop, was dead. Fans and the media watched in shock as the story unfolded: doctors had lost the battle to save him after he had collapsed from a heart attack. In a cruel twist of fate, he had passed away before he got the chance to make his final curtain call in the form of 50 planned sell-out shows at London's O2 Arena.

From a very young age, Michael's exceptional musical talent was clear. He stood apart from his four brothers when they performed together as the Jackson 5 and, in 1974, he embarked upon what was to become a monumental solo career.

A string of chart-busting albums and singles followed, with the Thriller album selling 47 million copies worldwide and yielding seven top-10 singles. It is belived that, in his lifetime, he sold around 750 million records, making him one of the most successful entertainers ever.

This in-depth and affectionate biography traces the rise of the man, from child prodigy to tortured megastar. It is the definitive portrait of a pop legend whose strange and brilliant life will never be forgotten.

What listeners say about Michael Jackson

No. I was looking for an audiobook that captured the essence that MJ was. This book was the opposite; just a long list of cold, hard facts.

Has Michael Jackson turned you off from other books in this genre?

I'm of the opinion that most books on MJ are people milking the cash cow. What a shame.

Michael Truly Was The King Of Pop!!!

Even if you're not a music fan, you were probably aware of Michael Jackson's musical greatest. Sure he was weird and eccentric, but I think that added to the mystic and the genius.

I've been a music lover all of my life, so I grew up on Michael Jackson music. It's sad that his life came to such a quick end (much of it he brought on himself), but his music will live on forever!