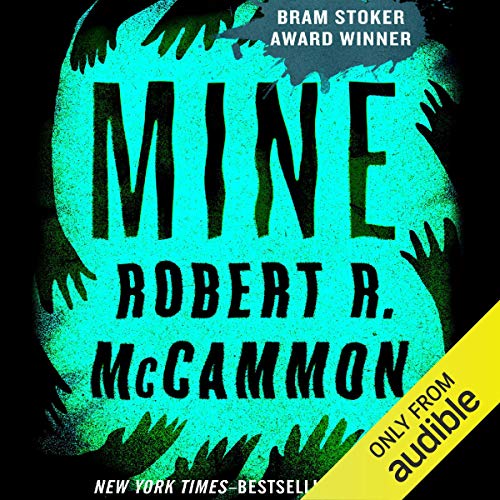 A psychopathic female fugitive provokes a mother's vengeance in this terrifying thriller by the New York Times best-selling author of Gone South and Boy's Life.

Back in the 1960s, Mary Terrell shot and killed a man. A former member of the fanatical Storm Front Brigade - a splinter group of the notorious Weathermen - Terrell has stayed one step ahead of the FBI for decades. Living with numerous identities and menial jobs, Terrell's only constants in life have been LSD, psychotic delusions of motherhood, and murderous rage.

The '60s are long gone, but Mary is still out there. Now, provoked by a message she reads in Rolling Stone, she's convinced that the surviving leader of her old band of radicals wants to build a life with her. So one night, Mary sneaks into the maternity ward of an Atlanta hospital.

Laura Clayborne has a successful career and now a newborn baby. She's the type of person who is sensitive to suffering and injustice. But the kidnapping of her infant son has brought out a white-hot fury. She's not going to sit and wait while the FBI investigates. She's going after Mary herself - headlong and relentless - on a twisting and violent cross-country pursuit to get her child back. But to track a madwoman, Laura will have to think like one....

A Bram Stoker Award winner, this "expertly constructed novel of suspense and horror" (Publishers Weekly) from the author of Swan Song, Speaks the Nightbird, and other acclaimed works is "feverishly exciting...a page-whipping thriller" (Kirkus Reviews).

What listeners say about Mine

Had a real hard time trying to care about any of the characters in this book.

Robert McCammon is one of my favourite authors and Mine is a terrific suspense novel that is still extremely effective. Mary Terror alone is worth the credit. This is my 3rd McCammon audiobook of 2020 - Gone South and Blue World were the others. All were “re-reads” and all are outstanding stories full of memorable characters. The audiobooks are all well done and worth your time. Shout out to Isabelle Gordon who does an outstanding job with this reading. She absolutely nails Mary’s voice! Highly recommended.

This was very well narrated. It kept my interest all through. An interesting well rounded story

Mary Terror! This is another great one by Robert McCammon! I’ve wanted to read this since it was published. Never got around to it, but so glad to be able to listen to it now. McCammon really is one of the best and most consistent in the genre. I’ve been reading him since high school. He’s such a great story teller. So solid.

I really enjoyed this book. it was full of twists and turns that left me excited to finish it. I love robert mccammon.

There are five hours left in this book and it should already be over. I should not have to listen to McCammon stretch out the most ridiculous storyline I’ve ever heard.

I won’t spoil it, but be warned—you will want to scream at the UNBELIEVABLY STUPID storyline about 3/4 of the way through the book.

It’s surprising given the amazing work McCammon has created. This ain’t one of them.

I had to turn it off.

Started this book when I was younger...

This book scarred me when I was younger. It obviously caught my attention with the opening pages. I was always eager to find and finish it.

but now that I'm older, I can see it was basically a quick fix type of book. it has its gore, action, and simple premise. but it lacks everything in between.

it was quick and to the point details but nothing more. the character arcs could have been better, but it was what it was.

if your looking for an ENTERTAINING book. listen to this.

I was very disappointed in the scene where the author decided to write about pitbulls using every stereotype in the book.

Narrator did an excellent job. Her Southern Accents were spot-on. So nice to hear someone who can actually do a good southern accent when telling a story or acting.

The story is good but not great. I don't really see what all the hype was about this book. It felt very repetitive about halfway in and up through the end.

I don't think this book would appeal to anyone under 35 because they wouldn't have much frame of reference for the lack of Technology. I'm 40 and I even found myself going why doesn't she just use her cell phone, a couple of times. Had to remind myself that this book was written when cell phones were rare and found only in cars.

Very good read as usual! This was scary because people like her really do exist.

So close lol. But the narrator’s male voice just wasn’t cutting it. Not that she was bad because she was pretty good, but for me that was my only issue. Good story actually really good just predictable you saw the nests steps coming. But it was still good, I truly enjoyed it and will listen again. Nice change from only listening to King(he’s the reason I started audible).

This is my second time reading this book. The story keeps you on edge and I love the description you can literally imagine the whole story. This is a must read!

I loved this story! Well written and edited, story flows nicely and a wonderful narrator!

this book is well written and the topics It brushes against our well researched I feel, but the story felt very obvious to me. I felt like there was a lot of build up that didn't get paid off in the first quarter of the book and much of the story felt like it was just going through the motions.