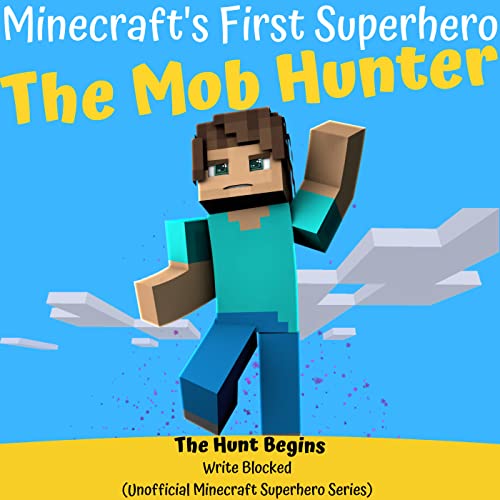 A deadly creeper attack left Steve for dead, but saved by Apollo Technologies, he was put back together using different parts of different mobs.

The king of Mobs, Herobrine, is planning a deadly attack on Craft City, and it’s up to The Mob Hunter to stop him. Meet Gwen, Apollo, Paul, and a large cast of character as they battle and train the first superhero the world of Minecraft has ever seen.

Will Steve be able to stop Herobrine?

Will Paul’s rap career ever take off?

Find out in this exciting and action packed story: Minecraft's First Superhero: The Mob Hunter.

Disclaimer: This book is an unofficial Minecraft fan fiction. It is not endorsed, authorized, sponsored, licensed, or supported by Mojang AB, Microsoft Corp., or any other entity owning or controlling rights to the Minecraft name, trademarks, or copyrights.

What listeners say about Minecraft's First Superhero: The Mob Hunter

A great adventure for kids who enjoy superheroes and Minecraft! Funny, well acted, and some great action scenes. Looking forward to the next one!