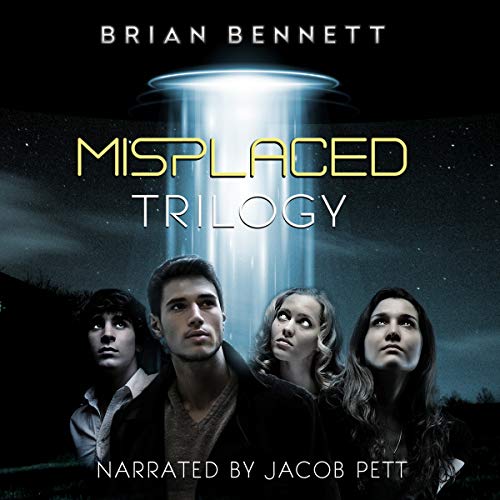 Written by: Brian Bennett
Narrated by: Jacob Pett
Try for $0.00

Misplaced - Two teens with special powers are sought after by dangerous men who want to exploit them and return them to their proper home.

Hunted - When their cover is compromised, fitting in is no longer an option. Adversaries close in from all directions, forcing Trey and Livy to run to survive.

Feared - The black-eyed aliens are tapped into the world's communications networks, so Trey and Livy go off the grid. But a broadcast with a dire message will force Trey from hiding to face his mortal enemy.

What listeners say about Misplaced Trilogy