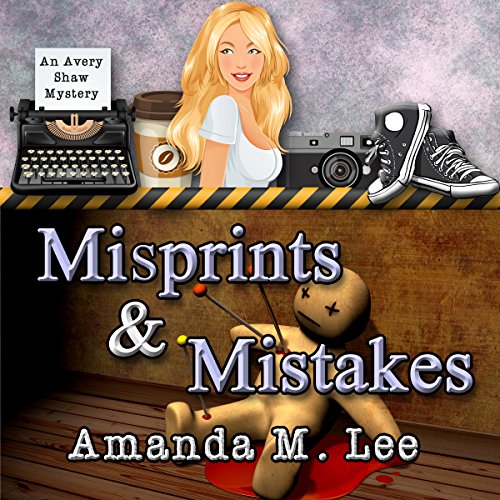 Avery Shaw is in a funny spot.

Her best friend is pregnant, her cousin's girlfriend is up to something, and her boyfriend has serious issues on the brain.

When teenager Sierra Jackson goes missing, Avery is in a unique position to scoop everyone. The girl's fighting family is more concerned with a messy divorce and pointing fingers than helping find Sierra, so Avery becomes obsessed with discovering her whereabouts on her own.

When allegations of misconduct land on Avery, things spiral out of control. Instead of dealing with her issues, she picks a fight with her long-suffering boyfriend Eliot and the ensuing argument is one for the ages.

Avery has to deal with the fallout of false accusations, get her boyfriend back - which involves (gulp) apologizing - and find a missing girl before the unthinkable happens.

It's all in a day's work for this hardworking reporter - and the world better look out when she decides to go on the warpath.

Avery knows all about fighting families, but she also knows about loyalty. She's going to find the missing girl if it's the last thing she does - and it very well might be.

What listeners say about Misprints & Mistakes

A good friend is missing the family seem more concerned about other things. Problems with a boyfriend sums up the madcap that goes on in Avery’s life. Delightful and good narration. Given audio for my voluntary review