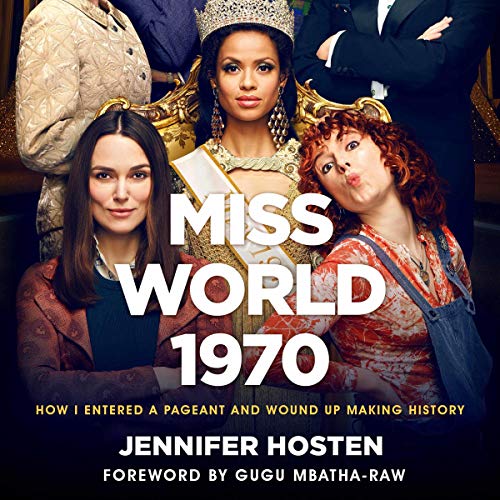 1970 was the last year of the Beatles and the first year of the supersonic Concorde - a time of new possibilities and social upheaval, and Jennifer Hosten, a young airline hostess from the Caribbean island of Grenada, was as surprised as anyone to find herself in the midst of it.

After winning a Miss Grenada contest, she travelled to London for the 1970 Miss World pageant and arrived at Royal Albert Hall determined to make her mark. So, too, did members of the fledgling Women’s Liberation movement who chose that globally televised moment to protest the sexual exploitation of women. They planted bombs, stormed the hall, and chased comedian Bob Hope from the stage.

By the end of the night, the world had been introduced to both radical feminism and a new ideal of feminine beauty. Ms. Hosten was the first woman of color crowned Miss World.

Miss World 1970 is the story of the craziest and most meaningful pageant ever, an inspiring account of Ms. Hosten’s barrier-breaking win, and her subsequent globe-trotting career as a development worker and diplomat.

What listeners say about Miss World 1970

What a pleasure it was to listen to Jennifer!

I loved this book! I am so impressed by Jennifer's achievements throughout her life. She made a big difference in so many peoples' lives, especially during her work with CIDA. She travelled and made friends all over the world. She is quite an extraordinary lady! I highly recommend this book to everyone!


A captivating, candid look into the glamorous sphere of the
Miss World organization. So many young girls dream of its magic but few know the reality.
Jennifer’s book relates her personal story as she explores this world. Already an accomplished airline stewardess and radio broadcaster, she enters with realistic aims. The book’s forward by actress Gugu who portrays Jenny in the well-received movie, tells of their first-time meeting on Jennifer’s island in Grenada. Gugu was in awe of this woman’s qualities of poise, openness and depth of character. The winning ways of the author served her in every facet of her remarkable life; from the adventures of her year’s global reign, to all of her continuing memorable ventures. Reading this book, you are sure to agree that Jennifer was and still is a true queen.