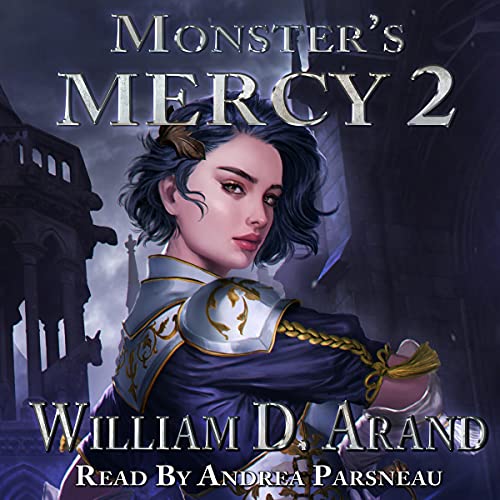 An existence spent being forced to kill others to satiate a monster.

Where the only thing to look forward to was the blessed, if brief, period of time between paying that bribe.

Except that very same monster is and isn’t Rene.

It just happened to live inside his own mind and force him to do what it wanted. Rather than being an actual monster.

That was Rene’s entire life until a fateful day changed that. Where he died in a mission gone wrong.

When he met the Watcher in the afterlife, and took on a new life. A life of idyllic bliss that involved having a family.

Until he was kidnapped and taken to a new city. A city where Rene broke free, set down roots, opened a business, an orphanage, an underground gang, and began taking over.

Rene has become the Hood, the Mask, and young Anatolis all in one.

Where he continues to take more power with the Anatolis bankroll, his blade, or someone else’s blood.

Except as he gains more power, he becomes more of a target.

With every day, more people are targeting one of his lives and what they can take from him.

The city is about to be pitched head-first into the front lines of more than one fight to the death.

It has no idea, and it’s one true defender is a serial-killer turned hitman who became a bounty-hunting money-lender that moonlights as a gang leader.

All before the month is over.

Warning and minor spoiler: This novel contains graphic violence, undefined relationships/harem, unconventional opinions/beliefs, and a hero who is as tactful as a dog at a cat show. Listen at your own risk.

William, please tone down the crazy nymphs when you are on the PG side of the house. you have a score of books by two different authors all telling the same story. but William D. Arand is supposed to be the PG side.

second, Andrea P. has the most amazing range. I mean WOW!

*sigh* The first book provides not a new concept but one with an interesting twist to the character. He is very flawed, dealing and coming to terms with himself and his monster. There are character conflicts, juggling miltiple personae as well as dealing with multiple relationships that don't know about each other.

Conflict is good, keeps a readers/listeners interest. All conflicts and flaws are removed within the first hour of this book. The multiple women are just all happy to share the MC with no questions. The revelations of the MC and who hes is and his past is met with a "meh" from the group and left me just confused. The build up was for nothing.

I am about 3.5 hours in the MC's "harem" is now up to 10. All but 2 are forgettable throwaway damsels in distress with such cheesey dialogue that I cannot finish this book.

The Narrator doea a great job with what she can.

Not as good as book one.

If you have followed William D. Arand starting with Otherlife Dreams, you know that his series overlap. This is interesting and enjoyable for the fans. The leading male protagonist in Monster Mercy 1 & 2 has considerable potential. He is a very colorful character. However, I felt that in this sequel he was overshadowed by his harem and defanged and declawed. He wasn't as strong as he was in the first book. That doesn't mean that the book wasn't enjoyable. It was entertaining. Mr. Arand does a good scifi story and has a flair for harems. If you are a fan than it isn't a bad pick. It just isn't as good as the first book and the male protagonist was disappointing.

The action is great and the narrator is fantastic, although male voices often sound too similar, requiring context clues to distinguish who's speaking. The harem aspect was boring and clumsy, with characters frequently grinding the story to halt while they profess, at length, their fanatic and inexplicable devotion to Rene. Nearly every female character is attracted to him, even if they only know him as a masked serial killer. The author's other titles handle it better. Here, it was annoyingly predictable by the end.

This is one of my favorite series of William D Arand, it’s so nice to finally get it on audiobook and of course by the incomparable Andrea Parsneau. The characters are marvelous the story is fantastic- funny, suspenseful and draws you ever deeper into Rene’s world and mind. The sculpting of the story by Andrea is marvelous as always she certainly enhances an already marvelous story. I truly love her work and William’s writing which I have already read many times! I can’t wait to get the 3rd book!

The cross-series tie-ins come thick and fast in this one so things are definitely building in the Runnerverse. This is a typical WDA book with harems which build beyond the management capacity of any mortal man. Anyway, a good read that moves well, and some diverse action broke things up effectively without derailing the story.

Loved every minute of it!!!

Love how the author connects the stories so seamlessly. Also able to make stand alone stories that have you rooting for the character, laughing in public, and straight angry when one of the main characters inner circle is injury or killed. Absolutely love all his books as soon as one release I get it and binge it in a few days. Then re listen to it multiple times to catch the smaller details I missed on the first pass. Love this series can’t wait for the next one. SSoSH is still my all time favorite because it’s the series that introduced me to this author and his many, many, many great stories. Just wish he would do more then trilogies but I take what I can get!!

This book is Great but

There are so many questions I'd like to ask. like where is Runners ai wife that was trapped in a battle against Zeus. How many years has it been since runners origin story? we got some dialogue with familiar goddesses but no answers. And I was also semi waiting on there being a portal being ripped open in front of Rene for the entire book due to what happens

Love this universe, the integration and the intersections are masterful and entertaining. More Arand please...

this book was awesome and progressed nicely leading into some other books and characters from the other worlds. Can't wait for book 3