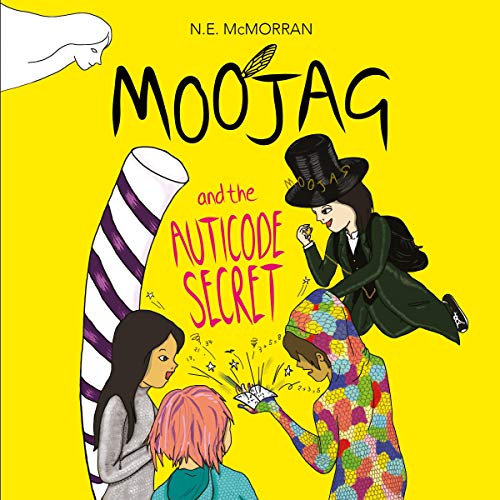 If Nema can’t uncover a lost boy’s true identity in time, they may never escape the sticky world he designed....

When Nema and her friends discover a hidden sugar-hooked society holding lost kids, they find their perfect world in danger. The strange, sticky place hides the truth about Nema’s missing brother and a plot to destroy the free life she knows. But only they can reverse a code to prevent a rock candy robot invasion and rescue the captives. Fail, and they might never make it back home.

The groundbreaking audiobook was adapted by the author, produced by a neurodivergent team, and voiced by an all autistic, dyslexic, Down syndrome cast.

"A spunky, exuberant celebration of the power of neurodivergent creativity and community that could not be more timely." (Steve Silberman, American writer, Wired)