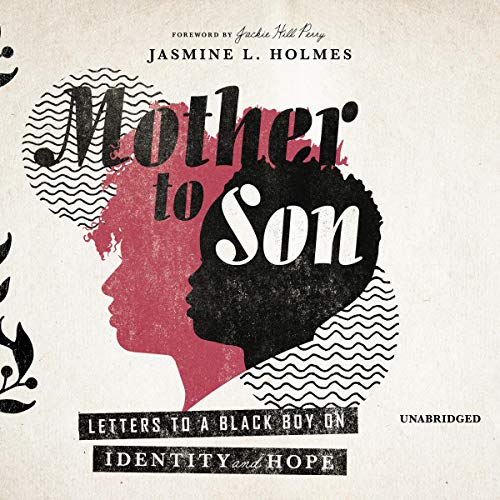 "Wynn is my son. No little boy could be more loved by his parents. Inquisitive, fiercely affectionate, staunchly opinionated, he sees the world through eyes of wonder and has yet to become jaded by society’s cruelty. I know he’ll grow up with stories of having been made to feel ‘other’ because of the color of his skin. I want to teach him that, though life’s unfair, he still has incomparable value in the eyes of his heavenly Father. I know this wondrous little person has the potential to change the world - and I want him to know it too."

In Mother to Son, Jasmine Holmes shares a series of powerful letters to her young son. These are about her journey as an African American Christian and what she wants her son to know as he grows and approaches the world as a Black man. Holmes deals head-on with issues ranging from discipleship and marriage to biblical justice. She invites us to listen as she reminds Wynn that his identity is firmly planted in the person and work of Jesus Christ, even when the topic is one as emotionally charged as race in America.

What listeners say about Mother to Son

This book will push you in ways you may be unsure that you want to be pushed, while always pulling you into the fold of Christ, his beautifully diverse flock. Jasmine is honest, yet delicate and every mother, parent, and person can benefit from sitting in on her sweet conversation with her son. The audio is also well done and conveys the book well!!

A glimpse into her life and identity.

You truly feel like you are seeing through her eyes.

This book wonderfully tells Jasmine’s story of finding her identity in Jesus and striving to pass this on to her sons.
She delves in detail how God created us beautifully unique and how she handled this truth as a black woman raised in America.
The heart behind her words will move you. She loves and adores her sons so much.
Even though these letters are for her sons, you will find yourself benefitting from and enjoying them.

Easy to listen to the reader. Powerful story and words of wisdom and truth regarding identity, race, brotherhood, and following Christ's example. Jasmine is an important voice for the church to read/listen to.

Grateful for the author’s clear voice, wise advice, and pointed observations of her theological tribe as she offers advice and affirmation to her son. A window into the kids of African American evangelicals and families.

Jasmine’s letters opened my eyes in so many ways. I just finished listening but her thoughts will reverberate for a long time.

Thank you for this wonderful gift, Jasmine!

I am so thankful for this book especially this spring - what a
providential release date! Jasmine Holmes reminds me of Tim Keller; using plain language to make point after point that upends your thought process and gives you a whole new lens. Thank you, thank you, Jasmine, for this book. I’ll be following your work and heartily recommending Mother to Son to all of my friends.

I so appreciate Jasmine's passion to speak truth to her sons and I'm so glad we all get to benefit from it.