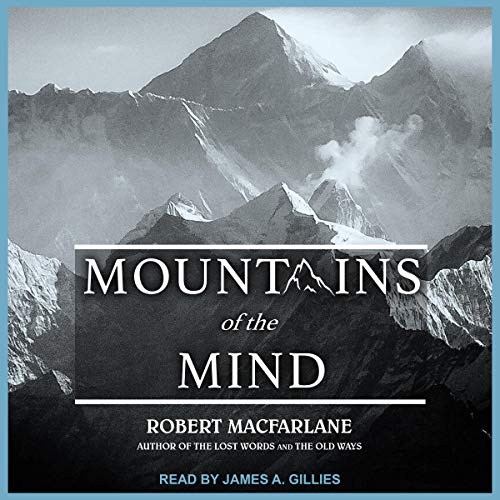 Mountains of the Mind

Written by: Robert Macfarlane
Narrated by: James A. Gillies
Try for $0.00

The basis for the documentary film Mountain: A Breathtaking Voyage into the Extreme.

Combining accounts of legendary mountain ascents with vivid descriptions of his own forays into wild, high landscapes, Robert Macfarlane reveals how the mystery of the world's highest places has come to grip the Western imagination - and perennially draws legions of adventurers up the most perilous slopes.

His story begins three centuries ago, when mountains were feared as the forbidding abodes of dragons and other mysterious beasts. In the mid-1700s the attentions of both science and poetry sparked a passion for mountains; Jean-Jacques Rousseau and Lord Byron extolled the sublime experiences to be had on high; and by 1924 the death on Mount Everest of an Englishman named George Mallory came to symbolize the heroic ideals of his day. Macfarlane also reflects on fear, risk, and the shattering beauty of ice and snow, the competition and contemplation of the climb, and the strange alternate reality of high altitude, magically enveloping us in the allure of mountains at every level.

What listeners say about Mountains of the Mind

Book on how mountains & the imagination

Interesting book on how mountains & the Western imagination. The stories are more focused on the British explorers of Everest. Excellent narration.

I’ve read this book and it is brilliant but the audible version’s pretentious narration I find off putting and does a disservice to the content. Sadly, I’m exchanging for something else