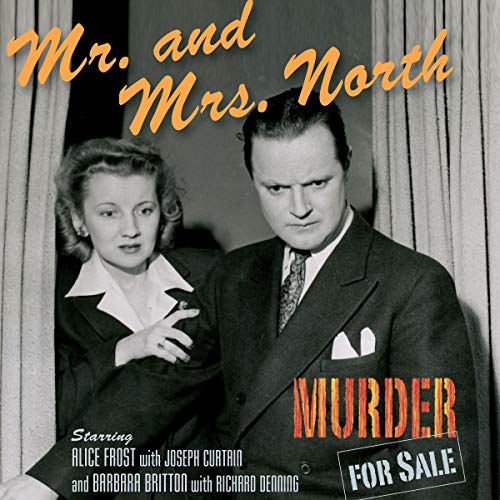 In these eight digitally remastered episodes from their long running radio series, the Norths can't seem to avoid mysteries and murders. In spite of Jerry's best attempts to put aside corpses and confessions - even quiet evenings at home and romantic ocean cruises turns deadly!

What listeners say about Mr. and Mrs. North: Murder for Sale